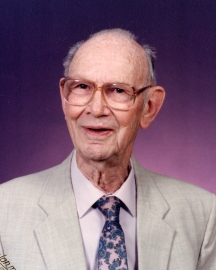 Robert Louis Sugden, 94, of Owings, MD, passed away February 26, 2012 at Calvert Memorial Hospital, Prince Frederick, MD. He was born January 31, 1918 in Atlantic City, NJ to John and Irene (Martwick) Sugden. Robert was raised in New Jersey and attended Atlantic City public schools. He enlisted in the U.S Army on December 4, 1943, and served during WWII in the 29th Engineer Topographic Battalion earning the American and Asiatic Pacific Campaign Medals, the Philippines Liberation Ribbon and the WWII Victory Medal. He was discharged as a Tech 4 on April 24, 1946. Robert married Anna Gertrude Waggett on June 29, 1946 and they made their home in Takoma Park, MD. He was employed as a cartographer for the Federal Government in Washington, D.C. and in Rockville, MD, retiring in 1973. Robert and Anna moved to North Beach in 2008, and following her death he lived in assisted living for a year before moving to Calvert County Nursing Center, where he had resided for the last six months.

In his leisure time, Robert enjoyed gardening, woodworking, playing trombone, doing crossword puzzles and working on cars. He was also an accomplished handyman. He was a member of Smithville United Methodist Church, a former member of Wallace Memorial Presbyterian Church in Adelphi, MD and Grace United Methodist Church in Takoma Park, MD. Robert was also a former member of the Greenbelt Concert Band where he played the trombone.

He was preceded in death by his parents, his wife Anna G. Sugden and by five brothers. Robert is survived by his daughters Laureen A. Pond of Goodyear, AZ and Joanne M. Chaney and her husband Larry of Owings, MD. Also surviving are five granddaughters, Jackie and Natalie Pond, Elaine Webb, Karen Mbuu and Diane Chaney, and three great-grandchildren, Chantal, Koryn and Luke.