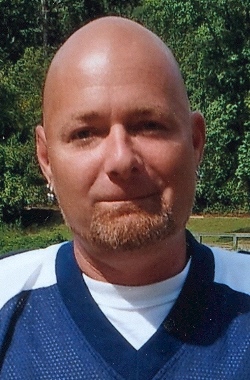 Robert Keith Fox, Jr., 42, of Shady Side passed away December 21, 2014. He was born October 1, 1972 in Cheverly to Robert Keith and Frostie North (Albright) Fox. Rob was a life-long resident of South County and graduated from Southern High School in 1991. He was a contractor for over twenty years, doing residential and commercial construction. He was an avid Dallas Cowboys fan, played guitar and also wrote his own music. He also enjoyed fishing and crabbing in South County, and was known for his quick wit and sense of humor. Most of all, Rob enjoyed spending time with his family, especially his children and attending their youth football games and cheerleading.

Rob is survived by his wife Laura Parks Fox, children Nycole, Sean, Joseph, Andrew and Luke Fox. Also surviving are his parents Robert, Sr. and Frostie Fox of Shady Side, brothers Casey Fox and wife Constance of La Plata and Brian Fox of Shady Side, grandmother Edith L. Fox of Edgewater, and his former wife Andrea Hoff of Crownsville.

The family requests those attending the service to wear a football jersey in Rob’s memory.

A reception will follow the service at Centenary United Methodist Church, 6248 Shady Side Road, Shady Side, MD 20764.