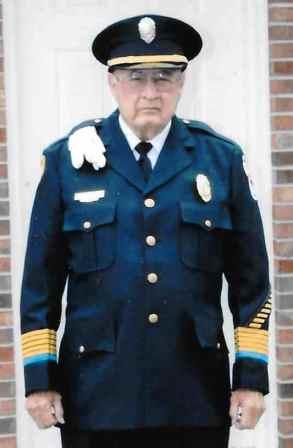 Bob, a World War II Navy veteran joined the military in 1942 and later stationed in Solomons, MD where he met and married his wife of 61 years, Betty Lou Garner in May of 1951. Before moving to Florida full-time in 2010, Bob spent most of his years in Calvert County where he raised six children. He enjoyed spending time with family, coaching baseball and softball, camping, music, dancing, and public service.

Bob retired from the Federal Government where he worked as a Demolition Expert and a second career as a Security Guard. Bob was a Charter Member of the Solomons Volunteer Rescue Squad & Fire Department, the first volunteer service established in Calvert County in 1954. He was inducted into the Southern Maryland Fireman Association’s Hall of Fame in 1994, held many leaderships roles, served on multiple committees, taught first-aid, mentored dozens of young volunteers, and received numerous awards and accolades during his 60 plus years of volunteerism.

Should friends desire, contributions may be made in Bob’s memory to the Solomons Volunteer Rescue Squad & Fire Department, P.O. Box 189, Solomons, MD 20688.