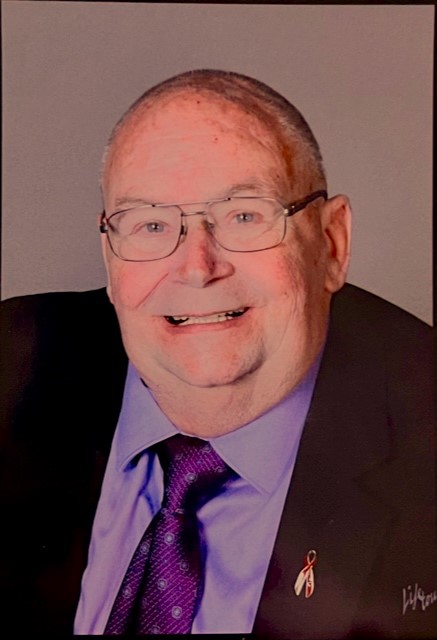 Robert Higgs, 71 of Prince Frederick, Maryland passed away on Saturday, January 7, 2023 due to esophagus cancer. Robert, known as “Bud” to his family and friends, was born in Laurel, Maryland on February 17, 1951 to James Alfred and Ruth Gay Higgs.

After graduating from Duval High School in 1969, Bud enlisted in the U.S. Navy, completed his basic training in Memphis, Tennessee and became an Aircraft Mechanic.  While in the Navy, Bud met his beloved wife, Connie Blake (Poobear) and they were married on March 4,1972, celebrating 50 years in 2022.

Bud was an active member of Dunkirk Baptist Church where he was an usher. He loved his church family and was always making the rounds with hugs and really enjoyed making folks laugh. During his final days, he never missed an opportunity to tell visitors he was “going to Heaven.”

Bud was a loving and dedicated father to Kristine Diane George (late husband, Terry), of Round Rock, Texas and Kimberly Ruth Mattingly (husband, Bryan), of Chesapeake Beach, Maryland.  After being discharged from the Navy, Bud worked as an auto mechanic and later became a tractor trailer driver for many years. However, his favorite job was becoming a Pap Pap to Seth, Abby, Kylie, Matthew, Emma, Erin, Gavin, Jordyn and a great grandfather Pap Pap to Eli, Noah, and Micah.

He loved antique cars and trucks and enjoyed going to car club meetings where he was a member of the Southern Knights Rod and Custom Car Club. Attending car shows during his retirement years, showing off his latest classic was a favorite pastime.  He also loved watching Hallmark Christmas movies with his loving wife, Connie, camping at Deep Creek Lake with family and dirt track car racing with his sister-in-law Dianna and brother-in-law Jerry Smith.

Preceding him in death are his parents Jim and Ruth Higgs, his sister Susan Bowers, his in-laws Richard and Etta Mae Blake, his brother-in-law Dickey Blake, and his son-in-law, Terry George.

Family will receive friends for Bud’s Celebration of Life on Sunday, January 15, 2023 from 2 pm to 4 pm at Dunkirk Baptist Church, 11275 So. Maryland Blvd, Dunkirk, MD with the Christian Service beginning at 4 pm followed with a dinner in the Church Dining Hall for family and close friends.

Our deepest and heartfelt condolences and sympathies are extended to the entire family. We share in your sadness and sorrow.

Michael and Virginia Crotts
10:58am

Our deepest and heartfelt condolences and sympathies are extended to the entire family. We share in your sadness and sorrow.

Michael and Virginia Crotts
10:58am