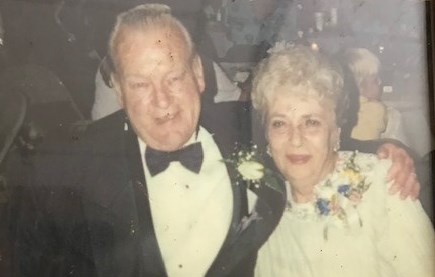 Robert F. Terry, Jr., 84, of North Beach passed away November 10, 2019 in Annapolis. He was born April 2, 1935 in Washington D.C. to Robert F. and Sarah Mae (Chapple) Terry. He was raised in D.C. and was employed at Giant and Magruder’s Grocery Stores as a meat cutter. He was also a part owner of the IGA in North Beach, retiring in 2000. He enjoyed playing cards and Ms. Pac-Man and spending time with his family.

Robert was preceded in death by his wife, Frances A. Terry in 2000 and children Darren, Michelle, Paul and Brian Terry and Donna Day. He is survived by children Norman Terry and wife Jewel of Nanjemoy, Sharon McClung and husband Mark of Stanley, VA, Robert F. Terry and wife Debbie of Georgia, Deborah Baxter Terry of White Sands, Gregory Terry of Stanley, VA, Scott Terry and wife Maelynn of Myrtle Beach, SC, Joseph Terry of Deale and Reed Terry of North Beach. Also surviving are 37 grandchildren and numerous great and great-great-grandchildren, and a sister Judy Gilman of Manassas, VA.

Our deepest sympathy to the Terry family. We hope for you all to find strength in your memories of him to celebrate his life. May God bless you all. Mona , Bryan, & Andrew

Thinking about the family. Sending lots of love and prayers.

My deepest sympathy to the family during this difficult time my prayers are with y’all. Sharron and Greg love y’all and I’m here if you need me four anything