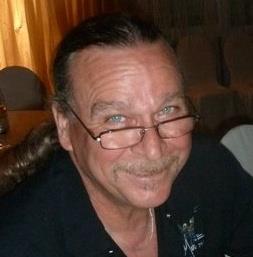 Bob was an adventurous spirit, a quality he instilled in his daughters. He started his career as an electrician but soon found his passion as a pyrotechnician. For over 20 years he traveled the world creating effects on stage, taking time to see the sights and making friends along the way. Some of the places he spoke about most were Australia, Germany, Portugal and Japan. He regularly gathered with friends to play darts. He was an avid reader, enjoyed Sci-Fi movies and playing cards.

My brother, my protector, my friend.
I loved him unconditionally.

We were lucky enough to know & work with Bob on tour. He was a funny, kind and genuine friend. Great times and great travels were had and memories made. Our thoughts with the family. Cheers friend, rest peacefully. Ally & Thom Krimminger (Rat boy) ❤️

As I mostly knew Bobbyy from working alongside him, Bobby was his own man, confident in his convictions and always focused on his goals. I also know that off-the-clock, he was relaxed, genuine and good-natured, always ready to engage in thoughtful conversation. He will be missed by his family and colleagues and his memory will linger, long after today. Rest-in-peace Bobby.

I just received news of Bob’s passing. Deepest condolences, may his memory comfort you all during this difficult time.

For my husband, Ted, Bob was a member of his touring family and for the both of us Bob was a dear friend. He leaves us with some wonderful memories and will be deeply missed.