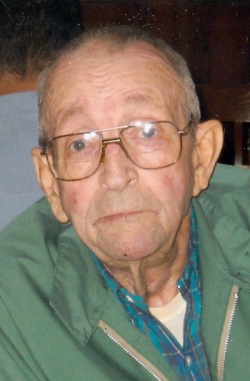 Robert Edwin “Bob” Mair, 76, of Owings passed away July 18, 2013 at Anne Arundel Medical Center in Annapolis. He was born July 31, 1936 in Wolf Point, Montana to Edwin Robert and Florence Marie (Greb) Mair. Bob was raised in Wolf Point and graduated from Wolf Point High School in 1954. He served in the United States Air Force from August 20, 1954 until May 25, 1962, earning the Good Conduct Medal. Bob married Lillian G. Ward on August 26, 1961 and they lived in Suitland until moving to the Ward family farm in Owings in 1962. He was employed as construction superintendent with George C. Martin Construction Company and Skaggs Construction. He retired from construction in 1998 and then worked for Boatlifts Unlimited, Inc. in Deale and Odenton. He was a member of the Carpenters Local 132 in Washington, D.C. and the Forestville Elks Lodge. Bob enjoyed being on the water, especially boating and waterskiing. He also enjoyed reading and watching T.V.

He was preceded in death by his parents and a brother Douglas Mair. Bob is survived by his loving wife Lillian G. (Ward) Mair, daughters Bonnie Sue Dean and husband Scott and Debbie A. Sandlin and husband Chris, and grandchildren Tabitha, Leanna, and Jenna Dean and Tyler Sandlin, all of Owings. Also surviving are a foster son Pat Puckett and wife Dedra of Noblesville, IN and their children Levi and Alana Puckett; and sisters Delores Nelson of Wolf Point, MT and Colleen Mans of Great Falls, MT.