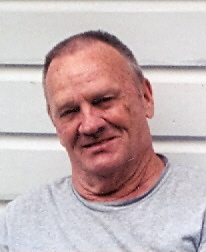 Robert Edward “Pete” Watson, 82, of Leonardtown, MD, a former longtime resident of Friendship and Fairhaven, MD, passed away March 27, 2012 at Anne Arundel Medical Center in Annapolis, MD. Pete was born January 13, 1930 in Owings, MD to Samuel W. and Bertie M. (Catterton) Watson. He was raised in Owings and attended Calvert County public schools. He served in the US Army, and married Jacqueline Louise Bittner January 29, 1949. They lived and raised their family in Friendship and Fairhaven, MD. Pete was employed as a refrigeration and plant engineer at the Meadow Gold ice cream plant in Alexandria, VA, retiring in the mid 1980’s. He had also been a longtime farmer raising tobacco and livestock for many years. He and Jacqueline were divorced after 25 years of marriage. Pete had lived in Tracy’s Landing, MD for the past twenty years. In his leisure time Pete loved playing golf, and also enjoyed crabbing.