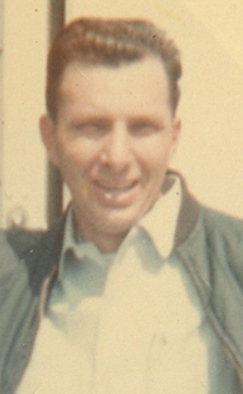 Robert Allen Jenness, age 79, of Prince Frederick, MD and a former resident of Dunkirk, passed away November 30, 2013 at his residence. He was born April 8, 1934 in Cambridge, MA to Harold A. and Madeline Mary (Goodwin) Jenness. His family moved to the Washington area when he was a child. Bob received his education in the Catholic Schools of the area. He entered the United States Army October 11, 1956 and was discharged from active duty October 9, 1958 as a PFC and completed his reserve obligation September 30, 1962.. He was employed as a letter Carrier with the United States Postal Service in Mt. Rainer and Brentwood, retiring in 1989. Bob married Stephanie Yurcic on January 12, 1963 at St. James Church in Mt. Rainer, MD. After their marriage, they resided in Lanham, MD, until restoring and moving to the Drury House in Dunkirk in 1976 and relocating to Prince Frederick in 2003. Bob enjoyed gardening, watching sports; he was an avid Redskin fan, Clint Eastwood movies and reading about history. He received his greatest pleasure in attending and supporting his children and grandchildren in all of their activities.
Bob was preceded in death by his parents and brothers Charles and Harold Jenness.
Surviving are his wife of 50 years Stephanie C. Jenness; daughters Kristina M. Watts and her husband Steve of Prince Frederick and Quinn A. Ingemi and her husband Basil, Jr. of Woolwich Township, NJ; seven grandchildren Stephen Clark and his wife Duffy of Sunderland, Brittany, Mathew and Zoe Clark of Prince Frederick, Bella Basil, III and Mira Ingemi of Woolwich Township, NJ and a great granddaughter Tillie Marie Ruslander and the arrival of great granddaughter Olive Clark in March; brother William Jenness and his wife Barbara of Stuart, FL and sisters Barbara Summers and Madeline Echols both of Frederick, MD, as well as several nieces and nephews.