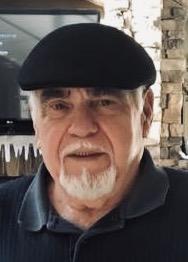 Robert Alexander Radivo, 81, of Liverpool, PA, passed away Friday, March 27, 2020 at Calvert Health Medical Center in Prince Frederick, MD. Robert was born on October 14, 1938 in Washington, D.C., the son of Mabel Evelyn (Bourne) and Nicolo Radivo. Robert graduated from Carson Long Military Academy in the class of 1958 where he was a member of a marksman group and won awards for his skilled marksmanship. He was named commander of his group and always looked forward to attending alumni reunions. He attended the University of Maryland where he played football and later had a tryout with the Washington Redskins. He was employed as a graphic designer with the National Park Service. He was active in his children’s lives, coaching them on their school sports teams. In his free time, he volunteered for charity drives and raised funds for children with cerebral palsy. He resided in Annapolis, MD from 1976 to 1986 before retiring to Liverpool, PA where he came to love hunting, the outdoors, and his free-spirited life in his home in the mountains.

Angelo,
So sorry to hear of your Dad’s passing. I was a bridesmaid at your parent’s wedding. We all had some good times back then.
Take care of yourself and tell your Mom I said Hi!
Love,
Norma Bartus, Cindy Steuart’s Mom.