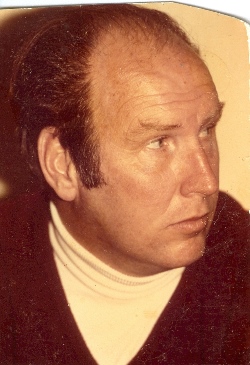 Robert Adam Lindsey, 81, of Owings passed away October 10, 2015. He was born March 5, 1934 in Washington D.C., raised in Seat Pleasant, MD and graduated from Suitland High School. Robert enlisted in the U.S. Army and was honorably discharged in 1958. He married Dorothy Boteler in 1967 and they lived in Landover until moving to Owings in 1971. Robert was an auto mechanic at a Sinclair Gas Station in Morningside and a Shell Station in Landover, which he also owned and operated, until retiring in 1972. He worked as a security officer at the Naval Research Laboratory in Randle Cliff until 1996. He also owned and trained thoroughbred race horses from the 1960’s to the late 90’s. He enjoyed horses, taking care of his home and his 1982 F100 pickup truck, “The Green Hornet”. Most of all, Robert love spending time with his family, especially his grandchildren.