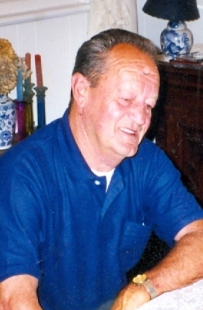 Robert Alvin “Bobby” Parks, Sr., 82, a lifelong resident of Deale passed away December 3, 2012 at South River Health and Rehabilitation in Edgewater, where he has resided for the past four years. Bobby was born August 6, 1930 in Deale to Alvin Samuel and Virginia Marie (Bates) Parks. He was raised in Deale and attended Deale Elementary and Southern High School in Lothian, MD. Bobby worked in construction as a heavy equipment operator, and later was a beer truck route driver for Schlitz Brewing Company for many years, retiring in 1998. Bobby also worked part-time at a family owned liquor store, Parks Liquors, in Deale. Bobby married Eva Jean Lovelace on May 7, 1960 and they resided and raised their family in Deale. He was a member of the Deale Elks, enjoyed traveling and spending time with his family. Bobby especially loved being on the water, boating, crabbing and fishing.

Bobby was preceded in death by his parents and his wife Eva who passed away December 29, 1986. He is survived by a son Robert A. Parks, Jr., and wife Cindy of Friendship, and a daughter Patty Scheiding of California, MD. Also surviving are three grandchildren; a brother Louis “Butch” Parks and wife Pam of Deale; one nephew and two nieces.