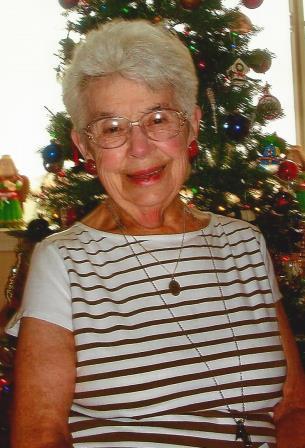 Rita Theresa Zelonis, 86, passed away on Friday, April 7, 2017 at her residence at Riderwood Village in Silver Spring, MD. Born in Pottsville, PA on April 14, 1930, Rita attended Mary, Queen of Peace School and Pottsville Catholic High School. While a novice with the Sisters, Servants of the Immaculate Heart of Mary in West Chester, Pennsylvania, she attended West Chester State Teachers College and taught at Catholic schools in the Philadelphia area.

Rita lived in Lusby, MD for 20 years where she participated in the life of Our Lady Star of the Sea Parish (OLSS) in Solomons, MD as a lector, Eucharistic minister, Parish Advisory Committee member, and Associate of the Sisters of Divine Providence. A natural educator, Rita was a second grade CCD teacher at OLSS and a volunteer aide and tutor at the parish school, following a 20+ year career as a second grade teacher and catechist at St. Margaret of Scotland Parish in Seat Pleasant, MD. Rita shared her passion for her faith with her three children and six grandchildren and their spouses, and her seven great-grandchildren. She loved hosting family gatherings – especially crab feasts, barbecues and holiday meals – at her home in Chesapeake Ranch Estates, where there was always room for one more.

Rita was predeceased by her beloved husband, Leonard John (Turk) Zelonis, who died in 1993. They were married for 36 years and raised their family in Capital Heights, MD. In their later years, Rita and Turk spent many happy hours camping, crabbing, and fishing at the Solomons Navy Recreation Center, often with their extended family. Before moving to Riderwood, Rita lived in McLean, VA with her daughter, Maureen and son-in-law, Terry and their family, and attended St. John the Beloved Church in McLean.