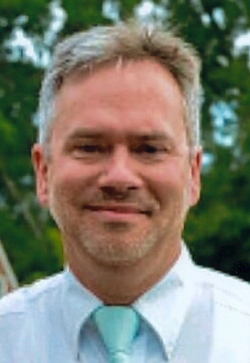 Richard Wayne “Rick” Cornwell, 49, of Huntingtown passed away July 12, 2015. He was born September 28, 1965 at P.G. Hospital in Cheverly to Harvey Lee, Jr. and Helen Yvonne (Greenwell) Cornwell. Rick was raised in Lothian and attended Tracey’s Elementary, and Southern Middle and High Schools, graduating in 1983. He was employed as a customer service manager with Branch Electric, now Rexel, in Upper Marlboro, and more recently worked in Capitol Heights. He was designated as a Certified Electric Professional. He lived in Prince Frederick for over twenty five years, and Huntingtown for the past year. Rick was formerly married to Patricia Cornwell. Rick enjoyed working on cars, especially his 1970 Chevelle, antiquing, yard sales, and yardwork. He also enjoyed coaching baseball and softball and was a fan of the Washington Redskins.

Rick was preceded in death by his mother Helen Cornwell. He is survived by his fiancé Renee Lausen of Vienna, MD, daughters Ashley L. Henni and husband Nicholas and Amber L. Cornwell, all of Huntingtown and a son Brandon M. Cornwell of Prince Frederick. Also surviving are his father and step-mother Harvey Lee, Jr. and Betty Cornwell of Huntingtown, sister Sharon T. Maul and husband Gary of Pasadena, and brother Harvey Lee Cornwell, Jr. and wife Jan of Severn.