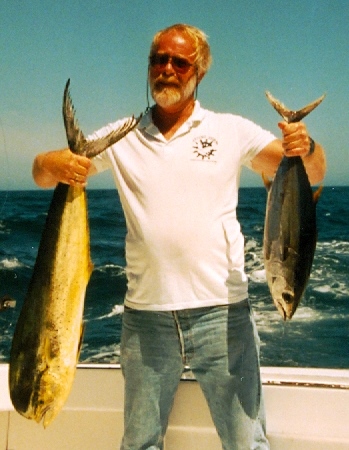 Richard Lee Coleman “George”, age 70, of North Beach, MD passed away March 20, 2014 at Washington Hospital Center. He was born July 4, 1943 in Charleston, WV to Chester Richard and Lillian H. (Kalsberg) Coleman. He was raised and received his education in West Virginia. He joined the United States Navy on June 27, 1961 and served until being discharged July 2, 1964. George moved to Forestville and went to work for Western Electric which later became Lucent Technology and retired in 1999 with 35 years of service. He moved to Chesapeake Beach in 1969 and North Beach in 2013. George became a Charter Boat Captain in 1974 and was a member of the Maryland Charter Boat Association operating out of the Rod and Reel Marina. In his leisure time, George enjoyed reading and watching Washington Redskins football, Washington Senators Baseball and Washington Nationals Baseball and most recently NASCAR.
Surviving are his sons Christopher P. Coleman and his wife Karla of Bedford, VA and Andrew L. Coleman of Bristol, TN, a grandson Andrew J. Coleman, Jr. and a sister Mary Coleman of Pittsburg, PA.