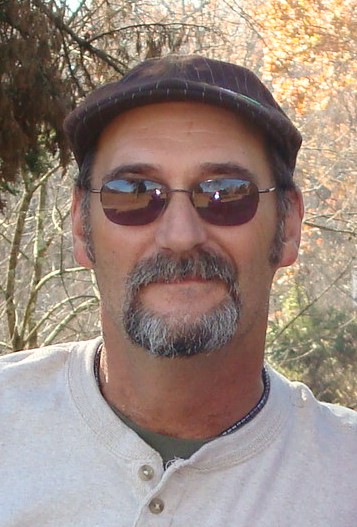 Richard Frederic Howard, 58, of Chesapeake Beach, MD, formerly of Benedict, MD, passed away peacefully on February 7, 2020 at home after a long battle with ALS.  Richard was born November 17, 1961 in Washington, DC to Robert and Thelma Howard, moving to Benedict, MD when he was a young child.  He graduated from Thomas Stone High School in 1979 and later worked as a press operator and truck driver for Direct Mail Lithographers and for the Charles County Parks and Recreation as a groundskeeper.  Richard enjoyed playing golf with his friends, fishing, and riding his motorcycle. He also enjoyed watching sports on TV as well as in person.  He was so happy that his Nationals won the World Series and his Capitals won the Stanley Cup.  Richard is survived by his girlfriend of ten years, Amanda Ewen and their four cats, Kozmic, Scrappy, Lady and PatKat.  He was preceded in death by his parents, Robert and Thelma Howard, and his beloved dog Ally.

Amanda, with deepest Sympathy and May God continue to bless you.

Amanda, Sending heartfelt condolences, a warm hug of comfort. May peace be with you.

My condolence to you in your loss. May the Lord continue to bless you and keep you in his arms.

Richard was a good person and a wonderful friend. He was funny and warm and very kind. He will be missed by all. The world is a little sadder without him. My deepest sympathies for you and his family, and especially his cats.

Richard Howard was a man very few people understood luckily he met Amanda the one person that really understood him. Rest in peace Richard and may the Lord watch over you Amanda

Richard was a part of our family for over ten years. He came into my sisters life and we considered him part of the family from the very beginning . He certainly fought a good fight against ALS, right up to the end, and he will certainly leave a void in the Ewen family. I know Amanda’s life was better with him in it. Rest In Peace Richard, and may god bless and care for Amanda .

Condolence to you and your Family.