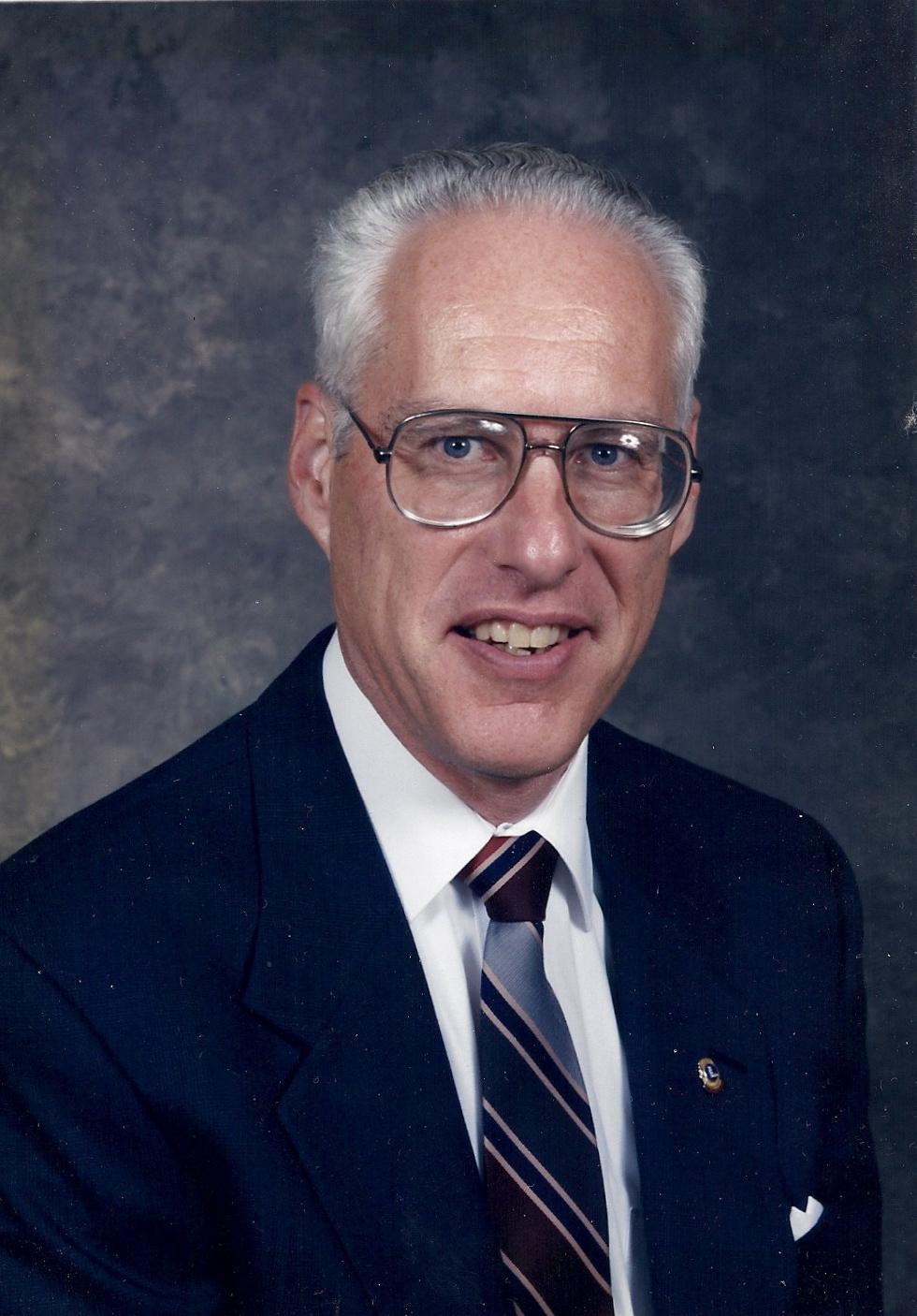 Richard “Dick” Frazier West (75) of Solomons, Maryland, died March 30, 2012, at Washington Hospital Center in Washington, D.C. He was born September 25, 1936, in Washington, D.C. to Marion Eugene and Marjorie Frazier West. He graduated from the University of Maryland in June 1959 and earned a Bachelor of Sacred Theology degree in 1962 from Berkeley Divinity School in New Haven, Connecticut. He found employment with Suburban Trust Company and was with that bank for 15 years, where he rose to the position of Assistant Vice President and Branch Manager. Eventually Dick formed his own management firm, West Property Management Corporation, and managed a family-owned shopping center for many years.
In 1970, he joined the Oxon Hill Lions Club. He became very involved with the work of that organization, serving as its President in 1972-1973. In 1982, he was elected District Governor of District 22-C, where he oversaw 66 Lions clubs with approximately 2,800 members. In 2003, he transferred his membership to the Calvert County Lions Club where he served as treasurer until his death. He also dedicated much of his life to the Lutheran Church where he served in many leadership roles, much of which was as treasurer.
He is survived by his beloved wife of 52 years, Louise; three children, Laura Wise of Lothian, MD, David West of Bentonville, VA, and Donna Croll of Owings, MD; a brother, Sherman West of Gainesville, VA, his stepmother, Myrtle West of Cocoa, Florida; six grandchildren; and one great-grandchild.
Funeral services will be held at Trinity United Methodist Church, 90 Church Street, Prince Frederick, MD 20678, on Sunday, April 15, at 2 p.m. Inurnment will be private. In lieu of flowers, memorials in his honor may be made to either the Calvert County Lions Club, P.O. Box 214, Prince Frederick, MD 20678, or the Asbury Benevolent Care Fund at 11100 Asbury Circle, Solomons, MD 20688; http://www.theasburyfoundation.org/benevolent-care/donate/.