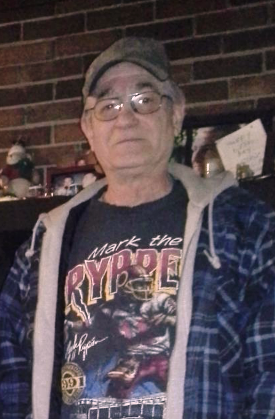 Richard Daniel Faber, 64, of Deale, MD passed away May 7, 2016 at his residence. Richard was born November 26, 1951 in Washington, D.C. to Leonard George and Barbara Ann (Yost) Faber. He lived in Oxon Hill until moving to Deale with his family as a seventh grader, and graduated from Southern High School in 1969. He served in the US Army from 1970 to 1972, and was stationed in Alaska. He married Candace J. “Candee” Stearlings in 1976 and they resided in Deale. Richard owned and operated a flooring company, Faber’s Carpet, for many years. In his leisure time he enjoyed fishing, hunting, and spending time with family, especially his grandchildren. Richard was a fan of the Washington Capitals and the Redskins, and a member of the Shady Side, MD Moose Lodge. Richard was preceded in death by his father Leonard Faber, a son Richard Leonard Faber, and brothers Steven and Michael Faber. He is survived by his former wife Candee Faber of Deale, his mother Barbara Faber of Prince Frederick, his son Nicholas Ryan Faber, Sr. and his fiancé Margie Brown of Deale, grandchildren Paige L. Jackson and Nicholas R. Faber, Jr., sisters Linda Teets of LaPlata, Debbie Johnston of San Diego, CA and Colleen Janoski of Accokeek, and a brother Robert Catlin of Baltimore. He is also survived by sister in law Patti Faber and her son Will.