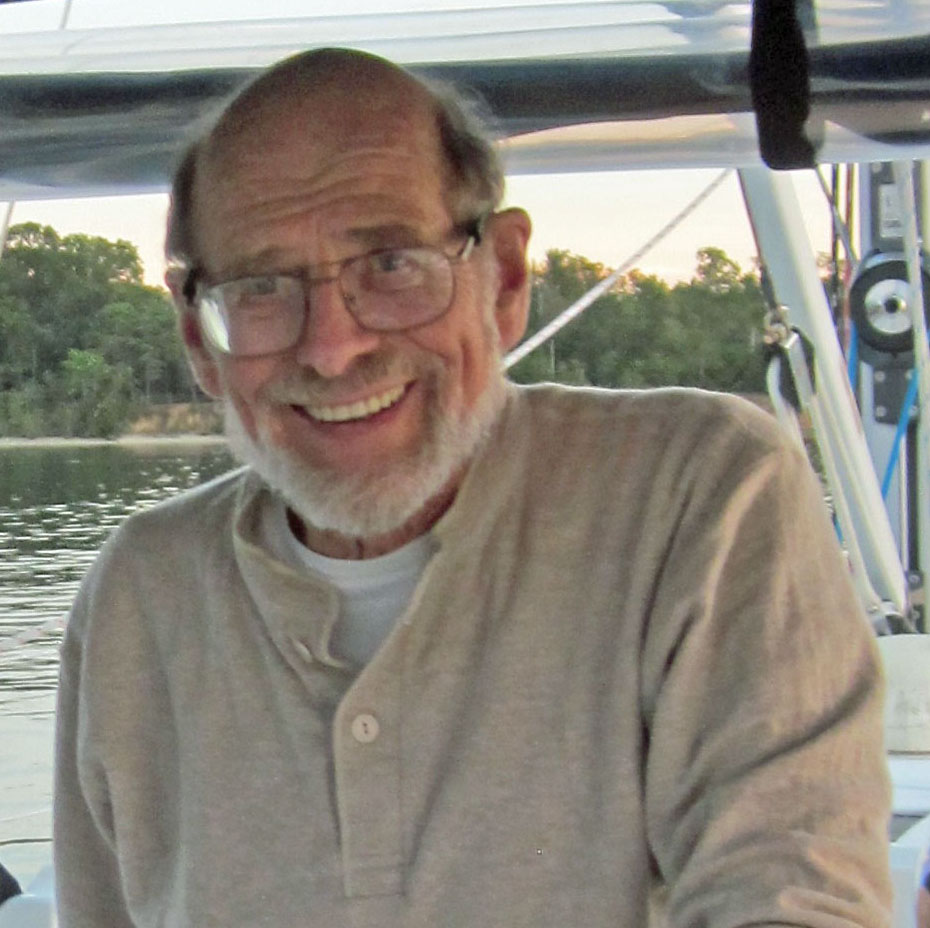 Richard (Dick) Blair Kay left this earthly life to go sailing among the stars on April 3, 2017. He was born in Decatur, IL, June 5, 1937, to Alvin R. and Marjorie Blair Kay. His formative years were spent in Illinois, Kansas, and Arkansas during World War II and the family settled in Springfield, MO in 1946. In June, 1963, he married his soul mate and partner Judith (Judy) McHan in Springfield, MO.

He earned his Ph.D. in Physics at the University of Arkansas in 1966, was a Postdoctoral Fellow in the Department of Physics at the University of Florida in Gainesville, 1966-67. In 1967 he became an Assistant Professor in the Physics Department at American University (AU). During his tenure as Professor he served as Department Chair of Physics for 10 years, Chair of the College of Arts and Sciences Education Policy Committee on the University Senate and on several on-campus committees. Professor Kay won several university awards including the University Faculty Service Award in 1983 for his service to graduate students. Throughout his professional career, he published over 40 papers in refereed journals and obtained 2 patents for use in research with lasers.

In 1987 he was selected to participate in the NASA/ASEE Summer Faculty Fellowship Program at NASA-Goddard Space Flight Center. Through an Intergovernmental Personnel Act Agreement with NASA he continued his research on Advance Laser Development. While there he put together a small research group of students funded by NASA grants through AU. Upon retirement from AU in 1997, he was appointed Professor Emeritus of Physics. He continued as an adjunct professor to work on research funded by NASA. He worked in the NASA Laser Physics Lab, where the research of his group focused on Solid State Laser Systems for Space Applications. He retired from the group in December, 2016.

He loved working with and mentoring young people. He was Principal Adviser to 10 Ph.D. and several Master’s Degree candidates, served on doctoral committees for several others and taught a host of undergraduates. Throughout his years at NASA, he was able to provide research internships for many students, both undergraduate and advanced degree. He was very proud of the research team at NASA-Goddard and held great affection for them.

His sabbatical years at AU allowed him to indulge in his other favorite pursuit—sailing. In 1976, he and Judy sailed Trans Atlantic to Italy, left the boat in Viareggio and traveled to Amsterdam where Dick did research at the Foundation for Fundamental Research on Matter. In 1984, they sailed again to Italy where Dick worked at the Department of Physics at the University of Rome and at ENEA-Frascati Research Center. On the last voyage in 1992 he worked at the Institute of Nuclear Physics and the University of Naples Physics Department. They explored the Mediterranean as far East as Greece. They also sailed north to Maine and south to the Yucatan, Belize and Guatemala.

Dick and Judy began sailing in Florida while he was doing postdoctoral research and became avid sailors. Dick chose American University because it was located near the Chesapeake Bay, and they moved to Washington, D.C. in 1967. Upon his retirement, they moved to Lusby, MD, to live on the shores of St. Leonard Creek where their home and hearts are.

Dick loved to build things. He built his first gasoline-powered derby car at the age of 13 and two hot rods when he was in his teens. He derived almost as much pleasure from working on boats as he did sailing them. He and Judy finished the interior of the first sloop they sailed to Europe in 1976. He was also a drummer in dance bands, a tympani player in orchestra and a pianist.

Donations may be made to the Alpha-1 Foundation, American Chestnut Land Trust, or the Richard B. and Judith M Kay Scholarship, American University, Office of Development, 4400 Massachusetts Ave., NW, Washington, DC 20016. A private Celebration of Life will be held this summer.