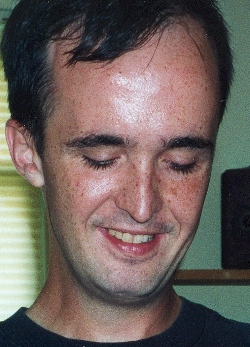 Richard Bennett Childs, age 41, of Chesapeake Beach, MD died suddenly October 27, 2013. He was born December 7, 1971 in Silver Spring, MD to Richard P. and Reba J. (Wheeler) Childs. He received his education in Montgomery County Schools. Rich worked as a tattoo artist and also with the City Paper in Washington, DC. He most recently was in the pipe fitter apprenticeship program with the local union and worked with M & M Welding of Montgomery County.
He was an active member of St. Edmonds United Methodist Church in Chesapeake Beach. In his leisure, Richard enjoyed the outdoors and was an avid hunter and fisherman. He was preceded in death by his brother Randy James Childs.
Surviving are his parents Richard P. and Reba W. Childs of Chesapeake Beach, MD a sister in law Caley Childs and niece Haven Grace Childs both of Raleigh, NC and an aunt Bonnie Shifflett and her husband Elbert of Damascus,