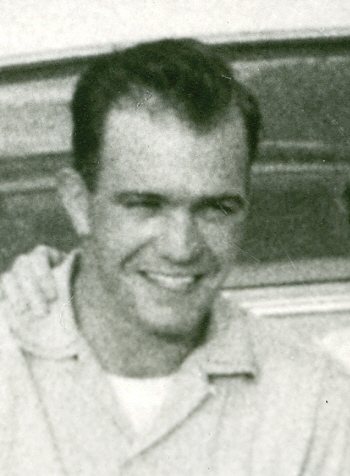 Raymond “Spike” W. Parker, age 83, of Huntingtown, MD passed away suddenly November 17, 2012 at Calvert Memorial Hospital. He was born November 15, 1929 in Leeland, MD to Raymond Deroy and Mollie Elizabeth (Dean) Parker. He was raised on the family farm and educated in Prince George’s County Schools. He joined the Army on May16, 1955. While on leave after basic training, he married Ada M. Chaney on September 20, 1955, in Lanham, MD. Spike then departed for Korea the following day. He was discharged from the Army on April 13, 1957. Upon his discharge, Spike returned to farming in Upper Marlboro and also drove a school bus for the Prince George’s County Board of Education. He later retired and moved to Calvert County in 1995.
In his leisure time he enjoyed watching football, golf, bowling and the Grand Old Opera. Surviving are his wife Ada M. Parker; daughter Kathy Lynn Hill; granddaughter Jessica Lynn Hill all of Huntingtown; an aunt Alice Sweeney of Chestertown, MD and several nieces and nephews.