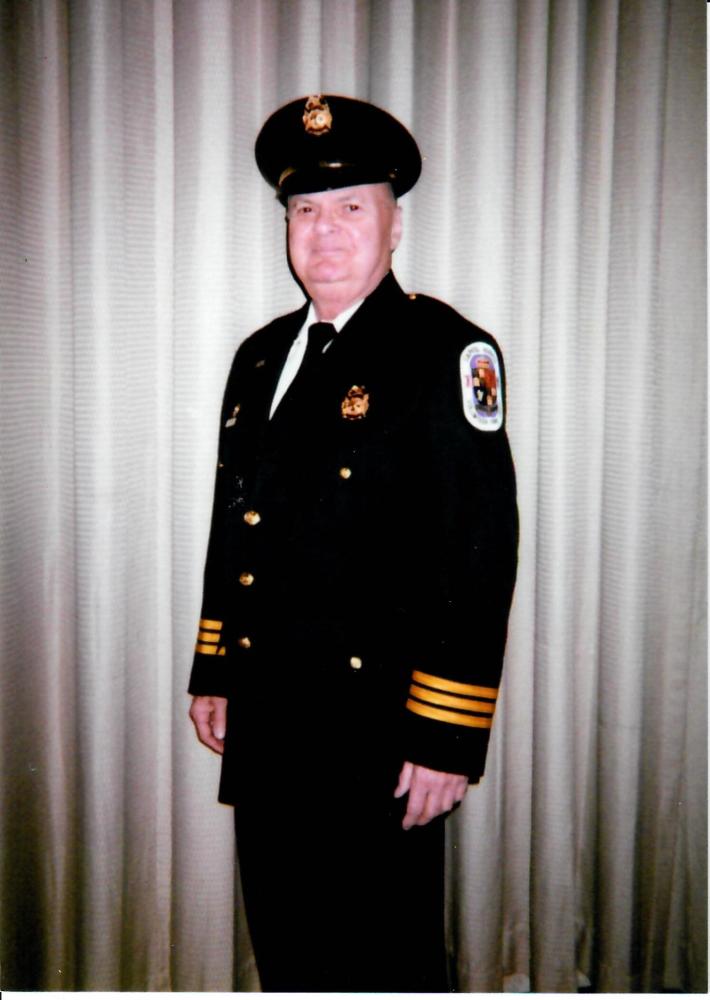 Raymond Carlton Jones, Sr., 83, of Huntingtown passed away November 22, 2022, at his home surrounded by his family. He was born September 21, 1939, in Washington, D.C. to Burness Calvin and Rose Marie (DiVincenzo) Jones. Raymond was raised in Bradberry Heights and graduated from Suitland High School in 1957. He married Judith Thorne in June 1958, and they lived in Capital Heights before settling in Huntingtown in 1978.  He was employed with the Smithsonian Air & Space Museum as an exhibit specialist and part time with the Capital Heights Police Department. Raymond was a life member of the Capital Heights Volunteer Fire Department, where he served in many positions culminating as Assistant Chief. He enjoyed woodworking, tinkering with machinery and old tractors, collecting locks and handcuffs, and making keys.

In lieu of flowers, the family asks that donations be made to Calvert Hospice or any Fire Department, Rescue Squadron, or first responder organization of your choosing.

My deepest condolences to the family for the loss of their loved one.

Sending my sincere Condolences to Kathy and Family.

My deepest condolences to the family for the loss of their loved one.

Sending my sincere Condolences to Kathy and Family.