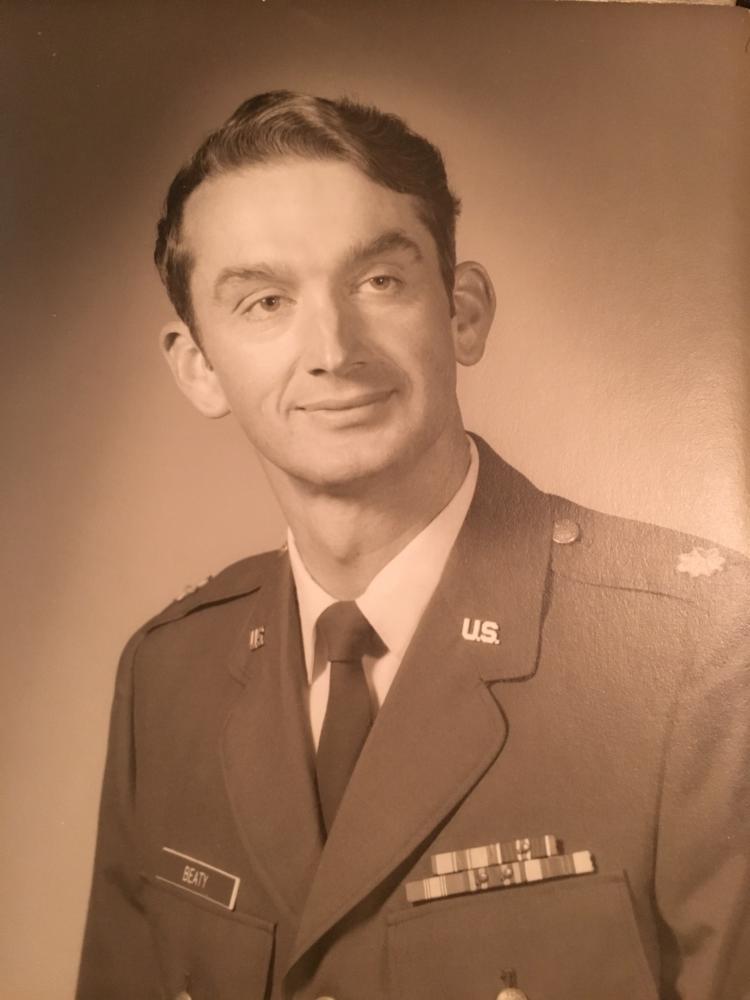 Randall Eugene “Randy” Beaty, 78, of Upper Marlboro passed away October 28, 2016 at Anne Arundel Medical Center. He was born December 13, 1937 in Ravenswood, WV to Carl and Sybil (Parker) Beaty. Randy was raised in Parkersburg, WV and graduated from West Virginia University in 1959 with a bachelor’s degree in chemical engineering. Immediately following graduation, Randy enlisted in the United States Air Force and was stationed in Yokota, Japan where he met Fukue “Suzie” Suzuki. They were married November 14, 1962 and made their home in Southern California before moving to Upper Marlboro in 1972. Randy was employed as a nuclear engineer in the Air Force and was discharged as Lt. Col. in 1983. In his leisure time, Randy enjoyed golfing, fishing and crabbing.

Randy was preceded in death by his wife Fukue “Suzie” Beaty in 2011. He is survived by his daughter Shari L. Collinson of Tracy’s Landing, granddaughters Sydney Suzuki and Leola Margaret Collinson and cousin Reva Reed of Ohio.