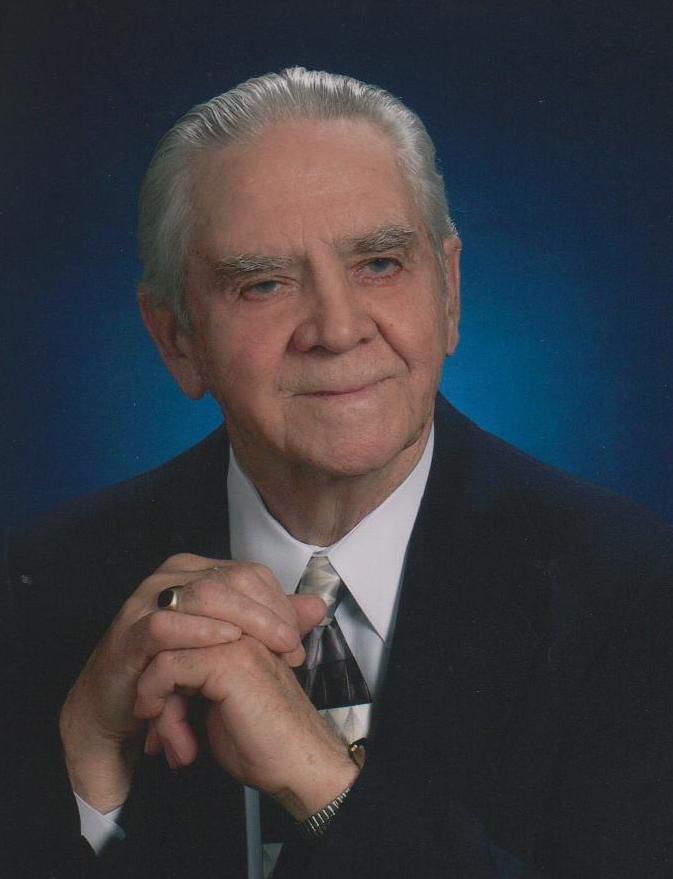 Ralph Wendell Hutchins, 93, of Prince Frederick, Maryland passed away on June 16, 2014 in Dowell, Maryland. He was born on October 9, 1920 in Prince Frederick, Maryland to the late Henry H. and Annie Skinner Hutchins. Beside his parents, Ralph is predeceased by his wife of 58 years, Naomi Carroll Hutchins, four brothers and five sisters.
Ralph was a farmer all of his life, even though he worked off the family farm during business hours. He worked for the Postal Department from 1949 thru 1979, and then went to work for the Calvert County Government as a bailiff from 1989 thru 2004. He was a lifetime member of Trinity United Methodist Church and active in various church activities. He was an avid baseball fan especially the Baltimore Orioles. Ralph published a book “My Life on the Farm and Beyond” which left many wonderful memories for his family. He was a devoted family man who will be greatly missed by his children, grandchildren and great grandchildren.
He is survived by daughters, Carol Ann Scrivener (Bob), of Prince Frederick, MD, Joyce Jett (Ronnie) of St. Leonard, MD, sons Marvin Hutchins, (Lori) of Prince Frederick, and Dwayne Hutchins (Jan) of Prince Frederick. He is also survived by ten grandchildren and 18 great grandchildren.
The family will receive friends on Thursday June 19, 2014 from 2-4 and 6-8 PM at Trinity UMC, Prince Frederick, MD where services will be held on Friday June 20, 2014 at 10 AM. Interment will follow in Central Cemetery. Memorial contributions may be made to Trinity UMC or Calvert Hospice.