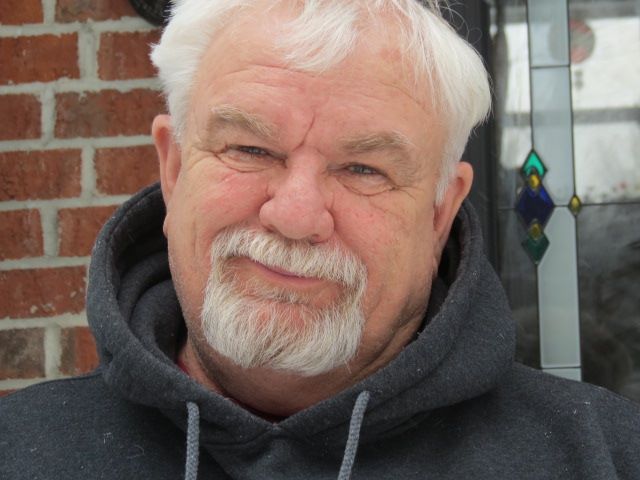 Ralph Edward Stone, 70, of Chesapeake Beach passed away September 2, 2019. He was born April 1, 1949 in Washington, D.C. to Henry R. and Grace Elizabeth (Rowe) Stone. Ralph was raised in Bladensburg and graduated from Bladensburg High School. He joined the United States Marine Corps April 1, 1969 and was honorably discharged January 18, 1971. Ralph served in Vietnam and earned a Purple Heart, National Defense Service Medal, Vietnam Service Medal and Combat Action Medal. He married Janine Younger on October 1, 1984 and they have lived in Chesapeake Beach for almost 35 years. Ralph was employed as a driver of sales for Frito Lay, retiring in 2010 after 25 years of service. Ralph was a past member of Stalling Williams American Legion Post 206. He enjoyed playing pool and softball, watching his children wrestle and play football when they were younger, animals, and building haunted houses. He built many haunted houses throughout Prince George’s and Charles Counties and helped build the Monster Mansion at Northern High School. Ralph loved spending time with his family, especially his grandchildren. He was very proud of his sons, especially when they became fathers. Ralph will be remembered for being a very kind and generous person.

He will be remembered well by so many, near and far. Wishing you all peace.

He is was my father in law thanks for all the fun times at ur house and for giving me ur son. Thanks for everything you will be missed so much . One thing use to do was joke a lot I don’t know if this was joke or not he said I was his favorite . I’m grateful for the time I knew for almost 30 years . Rip love ya don’t give God to much trouble lol❤️😞

Ralph Stone will be missed by so many. A joke will be missed, laughter will not be heard. We enjoyed being around him. Ralph was my first and only room male parent, can’t say mother, at Beach Elementary. He was a joy to work with. I was never sure what he might have up his sleeves to make me laugh. Yes, he will be missed, but there will always be a beautiful memory that will make me smile, maybe even laugh out loud. Janine, Sean, and Jimmy you are in my every prayer. I hope your memories and God will comfort you from now on. There was only one Ralph Stone. Love you guys.

Marie St John and family ; My family and I are so sorry to hear Ralph passed away ! He was a friend and great neighbor. Janine I am here for you when needed ! Love you

Janine and family: We are sorry to hear of Ralph’s passing. Thoughts and prayers for you and your family at this difficult time.

I am so, so sorry for your loss. I was looking a Facebook and there I see Ralph’s picture. Word’s can not express how sadden I am to see that he is no longer with us. Good man and has a wonderful family. I worked at Roland’s in Chesapeake Beach when I met Ralph. Always had something funny to say, just like his son’s. They use to work at Roland’s too. Sean was a handful. Very comical. All the Stone men would make you laugh. Remember all the fun times you had with him. He will always be around, looking from above, keeping you safe. He will be greatly missed. My prayers are with the family.

Please accept my sincerest condolences on the passing of your husband. Your husband had a very cute smile. Your family is in my thoughts and prayers.

Hi Janine,
My heart, thoughts and prayers are with you and your family. May you find comfort in family and treasured
memories of you and your beloved husband. Love you girl and miss you more.
Delphina Addison, Research Reports.

Our hearts are saddened in Ralph’s passing. Learning this we remember him driving up and down our street in his iridescent orange pickup and giving a little toot now and then. The neighborhood will not be the same without him. He kept watch over it and created a safer feeling to all.
To Janine and the Stone Family we are sorry for the loss of your loved one.

This was my favorite uncle at one time. We grew apart I didn’t get to see him or speak to him much. Just wish I could have said goodbye or that I loved him before this. He’ll be missed.