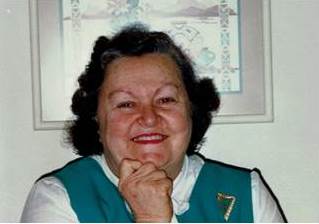 Peggy Lee Walton, 81, of District Heights passed away March 24, 2018. She was born May 6, 1936 in Stoakley, MD, now part of Prince Frederick, to William Stanley and Etta Sheckells (Lyons) Buckler. Peggy was raised in Prince Frederick and graduated from Calvert High School in 1954. She married Thomas Henry Walton September 11, 1954 and they lived in Forestville where they raised their family. Peggy was employed with Prince George’s County Board of Education as a substitute teacher, an office administrator at numerous schools, and assistant to the Director of Staff Development, retiring in 2000. She was an active member of Bradburn Memorial Bible Church in District Heights. In her leisure time Peggy enjoyed cross stitching, classic movies, traveling, following her children’s activities and sports and spending time with family, especially her grandchildren and great-grandchildren.