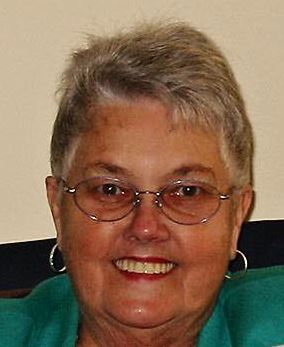 On October 21, 2014, the world lost a wonderful woman. Pauline Marie Grover passed away peacefully at Calvert Memorial Hospital surrounded by her loving family and an amazing nursing staff.

Born on Smith Island, Ewell, Maryland on February 25, 1929, Pauline was the youngest of five children to Laura Alice and William Dize.

At age 16, she moved to Solomons, Maryland where she eventually met her husband Kennedy Grover. Pauline and Kennedy had three children together, Steven, Cynthia, and Paula and ultimately had many grandchildren and great-grandchildren.

Known by all as a feisty, friendly, independent, and honest woman, Pauline had a smile and laugh that could be seen and heard from afar. Full of life and determination even to the end, Pauline lived her life exactly the way she wanted; being surrounded by family and friends, eating good seafood, playing a slots and Michigan Rummy, and basking in the love of her family. Her priorities in life were simple; family and friends. She was an amazingly supportive wife, sister, mother, grandmother, and great-grandmother. She was immensely proud and protective of her family and made no pretense of being otherwise. After Kennedy’s death in 1981, you rarely saw Pauline without her best friend, Josephine Willing. Their friendship and bond was so strong that even at the end, Pauline immediately responded to Josephine’s voice. Even if you were a stranger to Pauline, you would not be for long. She loved meeting new people and was never considered to be shy. Pauline was never afraid to share her feelings even if it was her admitting she was scared.

Proceeded in death by her parents, husband, and three siblings; Gorman Dize, Thelma Goodman, and Frank Dize, she is survived by her brother, Ruthman Dize, her children, grandchildren and great-grandchildren.

Pauline left an indelible mark in the hearts and souls of all who knew her. Her passing is a great loss to many people. She will be deeply missed.

In Pauline’s memory, donations can be made to the Center for Breast Care at Calvert Memorial Hospital or Solomons Volunteer Rescue Squad and Fire Department.