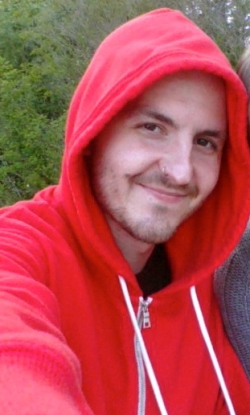 Paul William Dossey, 30, of Chesapeake Beach, MD passed away July 29, 2012 at his residence after a lengthy illness. Paul was born April 18, 1982 at Fairfax Hospital in Falls Church, VA to Charles W. and Barbara S. (Boucher) Dossey. Paul lived with his family in Springfield, VA until moving with them to Chesapeake Beach at the age of seven. He attended Beach Elementary and Plum Point Middle School, and graduated from Northern High School with the class of 2000. He was employed as an ad-builder and graphic designer with the Maryland Independent Newspaper in Waldorf, MD from 2004 until retiring due to illness in 2011. Paul loved music and was a self-taught guitarist and drummer. He was very artistic and enjoyed drawing. He was also fond of computers, movies, and hiking, camping and kayaking.

Paul was preceded in death by his father Charles William “Charlie” Dossey. He is survived by his devoted mother Barbara Sue Dossey and his twin brother Shane Michael Dossey, both of Chesapeake Beach, MD, and by numerous aunts, uncles, cousins, and friends.