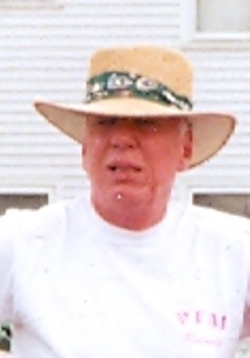 Paul Taylor Moore, 65, of Upper Marlboro passed away peacefully on March 8, 2013 at Anne Arundel Medical Center in Annapolis. He was born September 2, 1947 in Erwin, NC to Ziphie C. and Blanche (Brooke) Moore. Paul was raised in North Carolina and later moved with his family to Seabrook, MD. A longtime resident of Prince George’s County, he has lived in Upper Marlboro for the past seventeen years. Paul married Nancy Perry on September 4, 1966. He was a self employed painting and home improvement contractor. Paul loved his work and also enjoyed hot rods and spending time with his family.

Paul is survived by his loving wife Nancy Moore; a son Paul Thomas Moore of Upper Marlboro; sisters Anne, Barbara and Judi, and by many extended family members and friends.