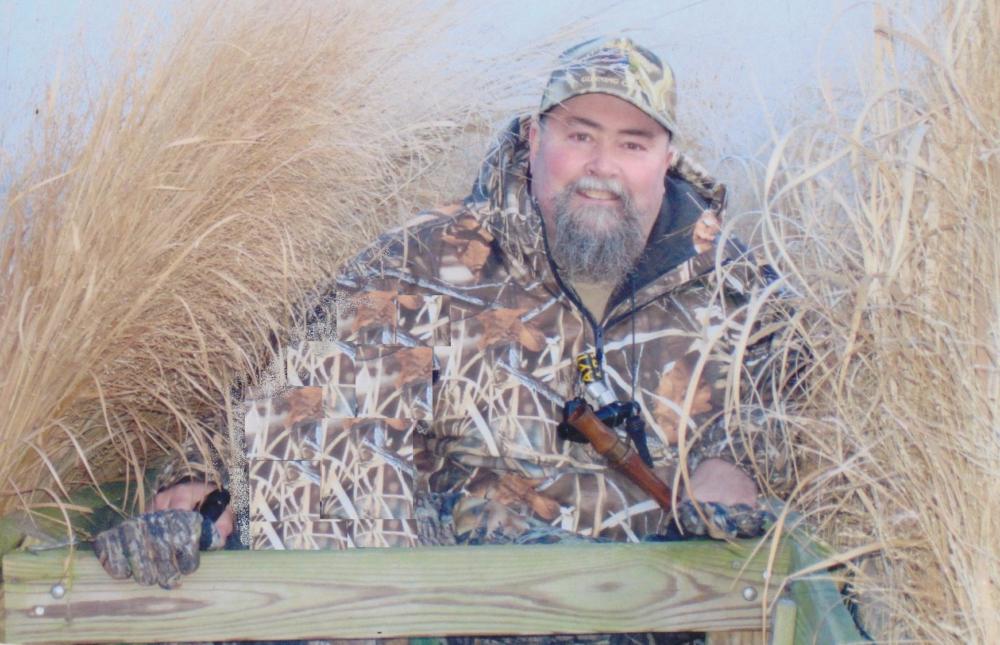 Paul Martin Testerman, 60, of St. Leonard, MD passed away June 24, 2013 at his home surrounded by his family after a courageous two year fight with leukemia. Born on August 9, 1952 at the Bethesda Naval Hospital, Bethesda, MD, he was the son of Peggy Simms Outlaw and his stepfather, Henry Outlaw. He is survived by his wife of nearly 42 years, Betsy Bucher Testerman, his son, Paul M. Testerman II and his grandsons, Christopher Henry and Paul Douglas Testerman. He is also survived by his brother, David (Tori) Testerman of San Antonio, TX and sister Donna (Bob) Drew of Barstow, CA. He was preceded in death by his son, Brian Lee Testerman.
Paul retired from Washington Gas & Light as a Construction Forman in 2003 after 32 years of service. An avid and accomplished hunter and fisherman, Paul enjoyed his time on the waters and in the woods of Southern Maryland. He loved testing his hunting skills by collecting trophies in the wilds of Alaska and Canada. Duck hunting was one of his passions.
Even though Paul enjoyed his many fishing and hunting trips with his friends and his affiliations with the Little Black Water Gunning Club and Old Crow Hunt Club, some of the happiest times were spent traveling with his wife, Betsy. Their cruise to the Caribbean, trip to Hawaii, and their road trip across the Northern Tier States provided many memories and stories he shared with his friends and family.
Family will receive friends on Saturday, July 6, 2013 from 10 to 11 a.m. at the Rausch Funeral Home in Port Republic. Immediately following there will be a Memorial Service and Celebration of Paul’s life at 11:00 AM. In lieu of flowers, Memorial Contributions can be made to Calvert Hospice, P.O. Box 838 Prince Frederick, MD or St. Leonard Rescue Squad, 200 Calvert Beach Road, St. Leonard, MD.
Interment will be private.