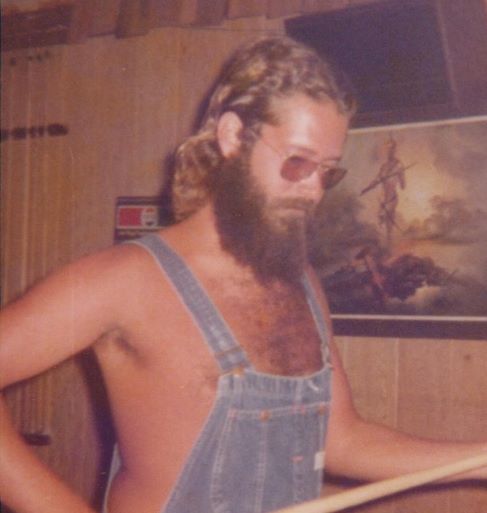 Paul Lee Polyanski, 66, of Micco, Florida formally of Annapolis MD and Wisconsin, passed away on July 13, 2020, in Micco Florida. Paul was born in Annapolis, MD, on February 12, 1954, to the late Henry, “Poly” and Ruth Polyanski.
Paul left Annapolis around 1974 to move to Fort Lauderdale Florida where he met and married his former wife, Debbie. Around the mid 1990’s Paul and Debbie moved to Wisconsin where she was from to be closer to her parents. It was there that came the love of Paul’s life a daughter, Lauren Ruth Polyanski. Lauren filled Paul’s life with laughter and love. Unfortunately, on February 13, 2004, Lauren passed away at the age of 12. Well that broke Paul’s heart and there was not much keeping him in Wisconsin so back to Florida Paul went to perfect his fishing skills.
Paul’s laid-back way of life, his Bib overalls, his fishing tales, laughter, and the many fond memories of good times will never be forgotten by his many good friends, in Annapolis, Wisconsin and Maine just to name a few.
In addition to Paul’s passing another very close friend of his Mike “Rat” Schwallenberg passed away on July 31, 2020 in Virginia Beach, so together there will be a celebration of their lives on Sunday October 4, 2020 from 1-3 Pm down at the old hang out, Dewey Drive Pier, Admiral Heights, Annapolis, MD. Please bring with your memories of the good times you enjoyed with Paul and Mike and any old pictures you have of those times.