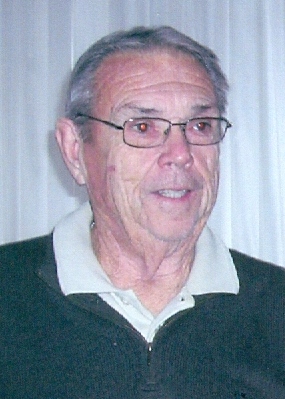 Patrick Vernon “Pat” Murphy, 79, of Owings, MD passed away July 10, 2013 at Calvert Memorial Hospital in Prince Frederick. A fourth generation Washingtonian, Pat was born in the District on August 13, 1933 to Francis Alphonso and Mabel Viola (Vernon) Murphy. He was raised in Washington and attended public schools, graduating from Eastern High School in 1953. While in high school, Pat was a two sport athlete, excelling in football and baseball. He was an All Metropolitan football player and also played on several city championship teams. He served in the United States Army from May 27, 1953 to April 26, 1955, and earned the National Defense, United Nations and Korean Service, and the Good Conduct Medals. He married Renee A. Thomas on August 4, 1967 and they lived in Suitland, Clinton and moved to Owings in 1988. Pat was employed as an elevator mechanic with the IUEC Local 10 and also served as union president. He retired in September 1994. He was a member of Grace Brethren Church of Calvert County, volunteered with the Calvert County Community Church Food Pantry and the Calvert Memorial Hospital Auxiliary, where he drove the “people mover.” Pat enjoyed model trains, genealogy, cutting his lawn on the tractor and spending time with his family.

Pat was preceded in death by his parents, and a sister Sharon L. Cones. He is survived by his devoted wife Renee A. Murphy, a brother-in-law Jerry Cones of White Plains, and many loving nieces and nephews.