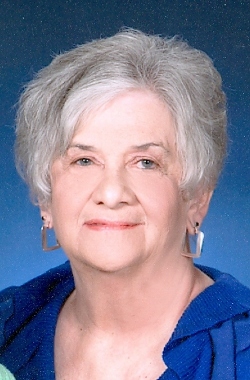 Patricia “Patsy” Westinghouse Warner, 71, of Prince Frederick, MD passed away November 20, 2012 at Washington Hospital Center. She was born October 26, 1941 in Baltimore, MD to Louis Godfrey and Hettie Inez (Trott) Westinghouse. Patsy was educated in Baltimore schools and graduated from Eastern High School, class of 1959. Patsy was married in 1960 until she moved to Calvert County in 1976. She worked for Calvert Bank & Trust, retiring after 25 years. She then worked for Thomas L. Hance, Inc. for 12 years, leaving to take care of her granddaughter. Patsy was a member of St. Paul’s Episcopal Church and the Eastern Star. Patsy was well known for her quick wit and being the life of the party. She was always able to make you laugh no matter the circumstance.

Patsy was a loving and devoted mother to her three children, Bryan Klecz and wife Loretta of Chesapeake, VA, Shawn Klecz and wife Nicki of California, MD and Susan Klecz Gorman of Prince Frederick. She is also survived by grandchildren Kyle Shepherd of Florida and Lily Gorman of Prince Frederick and a step granddaughter Sophie Vicedomine of MA. Patsy was preceded in death by a brother Louis Westinghouse, Jr.