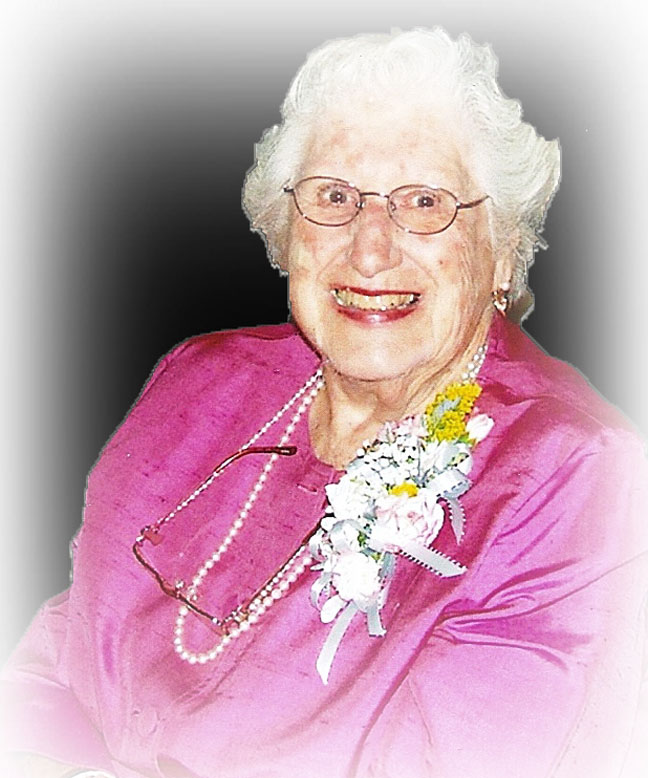 Patricia Imelda “Pat” Hachmann, 90 of Solomons, MD, formerly of Lake Wylie, SC and Westfield, NJ passed away peacefully on March 31, 2013 at her home surrounded by her family. She was born on May 31, 1922 in New York City, NY to the late Jean and Jack Prendergast. She was the loving wife to Beverly Kendrick Hachmann whom she married in New York City, NY in 1947 and he preceded her in death on May 16, 2001.
Pat graduated from Villa Marie Academy in 1937. She was a devoted wife and mother and enjoyed gardening, playing bridge, traveling the world, reading, swimming, sailing and solving word puzzles. She moved to Calvert Co in May, 1998.
Pat is survived by her children, Joanne P. Evans of Rockville, MD, Janet Parker of Accokeek, MD, John Hachmann of Naples, FL, and Jeffrey Hachmann of Stow, VT; sister, Betty Kenny of Ireland; 11 grandchildren and 5 great grandchildren. She was preceded in death by her parents, husband, and sister, Joan Peckiconins.
Pallbearers will be John Hachmann, Jeff Hachmann, John Hachmann, Jr., Nick Parker, Sam Evans, Brent Lussier, and Kevin Hachmann.
A Mass of Christian Burial will be celebrated on Saturday, April 6, 2013 at 11AM in Our Lady Star of the Sea Catholic Church, Solomons, MD officiated by Monsignor Michael Wilson. Interment will be private. The family request contributions to be made in Pat’s memory to Our Lady Star of the Sea Catholic School, P.O. Box 560, Solomons, MD 20688 and / or Calvert Hospice, www.calverthospice.org, P.O. Box 838, Prince Frederick, MD 20678 . Arrangements provided by Rausch Funeral Home, Lusby, MD.