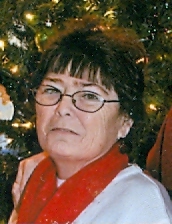 Patricia Denise “Patty” Bowen, 53, of Prince Frederick, MD passed away October 14, 2012 at Georgetown University Hospital in Washington, D.C. The youngest of seven children, Patty was born May 26, 1959 in District Heights, MD to Alfred Allen and Georgetta May (Brandenburg) Kirby, Sr. She was raised in Prince George’s County and lived there until moving to Lothian in 1973. She married Eldridge “Popeye” Bowen on July 3, 1982. They made their home in Lothian until moving to Prince Frederick for the past several years. Patty was employed as a retail clerk, but was primarily a caregiver to her mother and her husband. She was a member of Friendship United Methodist Church. She enjoyed crafts, crocheting, knitting, playing slot machines and spending time with her family and friends.
Patty was preceded in death by her mother Georgetta, her husband Popeye who passed away January 6, 2012, a sister Debra Earwicker and a brother Jimmy Tebo. She is survived by her father Alfred A. Kirby, Sr., a sister Sheila M. Barrier and husband Ron of Selbyville, DE and brothers Kenny Smith of North Beach, William Tebo of Luray, VA and Alfred Kirby Jr., and wife Rita of Baltimore, MD. Also surviving are several nieces and nephews.