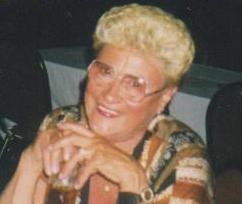 Patricia Ann Penn, “Patti”, 78, of Lusby, Maryland, passed away peacefully, on July 22, 2014 at her home surrounded by her family after a courageous battle with ALS. Patti was born on October 15, 1935 in Washington DC to the late Ernest Raymond and Marion
B. Chase. In addition to her parents, she is predeceased by her husband, Jimmy Penn, daughter, Vicki Hall, son Troy White, granddaughter, Melissa White, Grandson, Joey Hall, sister Lorraine Warder and her brother in law, Don Hoke.
Patti and Jimmy owned and operated Patti’s Quick Shop on 231 in Barstow for 35 years before leasing it out to what was known as Dons General Store.
Patti had many interests some of which included working with ceramics, going to yard sales, traveling, with Ocean City being one of her favorite jaunts and taking cruises. She loved to travel the world. She went to Hawaii four times. Patti loved her family and friends and her dog Molly.
She is survived by her son, Wilbert White, sister Jean Hoke, and her brother, Kenneth Chase. She is also survived by six grandchildren, Shaina Hall, Christine, Patricia, Chase, Veronica, and Christopher White, 12 great grandchildren, nephew David Hoke, and niece Susan Bahl.