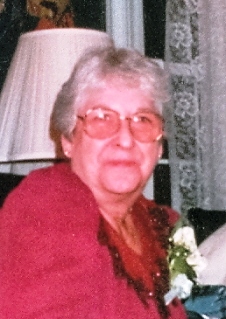 Patricia Ann Owens, age 76, passed away on February 28, 2012 at the home of her niece in Columbia Falls, MT. She was born in Lexington, KY on February 21, 1936 to Houston and Stella (Reynolds) Edger. The family moved to Oxon Hill, MD when she was a child and Patricia received her education in Prince Georges’ County Schools. She married Roland Lee Owens February 21, 1951. They resided in Prince Georges’ County until moving to Huntingtown in 1984. Her husband Roland preceded her in death on September 5, 1988. Patricia was the manager of the lunch counter at Lord Calvert Lanes in Huntingtown until her retirement. She resided in LaPlata for ten years before moving to Montana in 2011 to be cared for by her niece Nancy Burns and her husband Donald.
Surviving are three sons, James Robert Owens of Annapolis, MD, Ronald Lee Owens of Gettysburg, PA and Scott Allen Owens of Columbia Falls, MT. Patricia is also survived by seven grandchildren and five great-grandchildren.