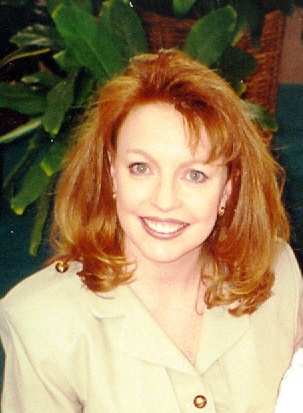 Patricia Riggs Gipson (Trish) 47, of Calvert County MD, passed away peacefully in her home on Thursday April 27, 2017 in Huntingtown, MD.
Trish was born January 6, 1970 in Providence, RI, the daughter of Virgil and Bridget Riggs. She grew up in a military family with her two siblings in Farmington NM, Crane TX, and San Angelo TX. Her family moved to Milton FL and later to Pace FL. She attended Pace High School.
Trish accepted a basketball scholarship from Pensacola Junior College that allowed her to pursue and earn an Associate of Arts Degree. She then earned a Bachelor’s Degree from Troy University and culminated her educational pursuits with a Master’s Degree from Lemoyne University. During her quest of higher education, she gave birth to her daughter Mary George Gipson whom quickly became her crowning achievement.
Trish and her family moved to Huntingtown MD in 2004. After her family’s relocation to Maryland, she worked in Washington DC for a period time but felt compelled to help the disadvantaged closer to home. She soon found herself in the employment of the Arc of Southern Maryland in the Human Resources department. While at the Arc she organized the first Camp Out for Calvert which helped spread awareness of the mission of the Arc and it has become a local mainstay for the past 4 years.
After her tenure at the Arc she was selected as the financial director of Project Echo, the local shelter for those in need. As director, she coordinated numerous fund raising events with local businesses and a variety religious organizations within Calvert County. She was a mainstay in local charities and has been attributed to organizing the Empty Bowl Supper, the Project Echo Turkey Trot 5K Run, and the Roast of Paul Eason.
In 2015 Trish shifted her focus to spend more time with her daughter and to travel to Florida to care for her ailing mother alongside her sister Teresa.She was predeceased by her mother, Bridget T. Riggs

She is survived by her daughter, Mary George Gipson of Huntingtown MD; father, Virgil Jerry Riggs of Holts Summit, MO; siblings Teresa Marie Fleming of DeFuniak Springs FL and Mary Bridget Riggs of Milton FL as well as many nieces and nephews.