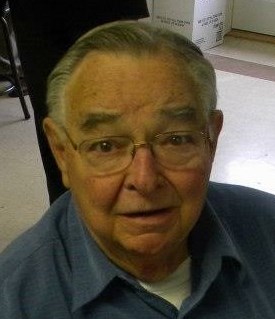 Pastor Al Brockman, 81, formerly from Lusby, Maryland, passed away January 7, 2016 at his home in Rolesville, North Carolina. He was born in Baltimore, Maryland on November 1, 1934 and was adopted by Asa Samuel and Alice Genevieve Brockman when he was 9 months old. He is survived by his wife of 60 years Sandra, two sons and their wives, A. Samuel and Leslie Brockman, Curtis Lee and Dalia Brockman, one daughter and her husband, Pastor Paul David and Martha Ann Crouthamel, six grandchildren and seven great grandchildren. He worked 30 years for C&P Telephone which became Verizon, graduated from Washington Bible College and served as Pastor of Calvary Bible Church in Lusby, Maryland for 23 years. He was an avid fisherman and loved fishing with his buddies, watching his Redskins and deeply caring for others and their needs.

In lieu of flowers, please send donations to Third Person, P.O. Box 1574, Noblesville, IN 46061. This is a ministry that was important to Pastor and Sandi and one which they have supported for years.