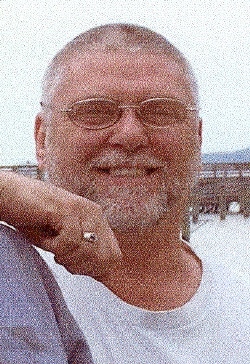 Pasquale “Pat” Joseph Morrone, age 66, of Chesapeake Beach, MD passed away March 24, 2015 at Washington Hospital Center. He was born July 25, 1948 in Hudson, NY to Joseph and Anna (Temperio) Morrone. He was raised in Hudson and was a graduate of Hudson High School, class of 1967. Pat enlisted in the United States Coast Guard March 2, 1970 and while serving he received the National Defense Service Medal, Antarctic Service Medal and the Coast Guard Good Conduct Medal. He was honorably discharged on March 1, 1974.

Pat married Kathleen LaPlaca on December 31, 1972 in Oxon Hill, MD and the couple resided in Riverdale before moving to North Beach in 1982 and settling in Chesapeake Beach in 1986. He was employed as a Criminal Research Specialist with the U.S. Secret Service. He retired in 2005 after serving 34 years with the Federal Government. Pat was also a published author having written several short stories and two novels, Spook Rock and The Lazarus Culture.

He attended St. Anthony’s Catholic Church, was a member of the Knights of Columbus Council
# 7870 and Stallings – Williams Post 206 American Legion. Pat enjoyed watching horror movies and westerns and going out to breakfast. He loved spending time with his family and was a very proud “Pop”.

Pat was preceded in death by his parents, a daughter Erin La Greco and sister Patti. He is survived by his wife Kathleen Morrone and sons Jason and Michael Morrone of Chesapeake Beach, grandchildren Kaitlyn, Courtney, Michael, Jr., and Conner Morrone, and Ashleigh and Jorja La Greco and Ivy and Oliva James and Joe and Nick Foley; and great-granddaughters Serenity Stewart and Layla Kinder.