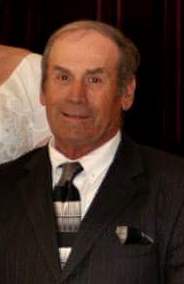 Otho Elsworth Wines, Jr., known as “Junebug” or “Junior”, of Lothian passed away September 6, 2016. He was born August 7, 1952 in Cheverly to Otho E. and Patricia Wines. Junior was raised in Croom and graduated from Frederick Douglas High School. After graduating he enlisted in the United States Army. He returned home and worked on the farm. He then became a truck driver, working for Miller & Long for over twenty years, and more recently with Reliable Contractors. He married his wife Glenda on December 27, 2013. Junior was a lifetime member of the Croom Volunteer Fire Department. He enjoyed being outdoors, fishing, crabbing, and gardening. He was a very hardworking man, and loved spending time with his family and children.