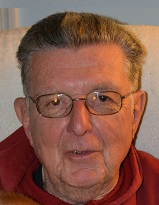 Norman Wayne Spaid, 84, of Prince Frederick, MD passed away at home on August 28, 2018. He was born on September 1, 1933 in West Virginia to John Hilary Spaid and Mary Brill Spaid. He graduated from McKinley Technical High School in 1951 and began working for the Department of Defense where he worked for 38 years. On February 28, 1953 he married his high school sweetheart, Barbara, and their marriage lasted for over 64 years. During his distinguished career in the Department of Defense he not only served in the Army, but he was also part of the team that mapped the moon for the astronauts in the 60’s. In his retirement years, he learned how to refinish furniture to support Barbara’s career as an antique dealer. He accompanied her to local auctions and antique shows in the Southern Maryland area. He loved meeting new people and cherished his time spent with family and friends. He especially enjoyed their trips to Myrtle Beach and participated in many activities while he was there, making lifelong friends with many people along the way.
Norman and Barbara had two sons, John and Raymond, whom they raised in Silver Spring, Maryland. They were terrific parents who were involved in every aspect of their son’s lives and brought them many years of fun and interesting experiences. Norman was a kind calm father and a fine example to his children. His patience and kind demeanor were a cornerstone of the family. He always tried to stay positive in any situation, was never without a sense of humor, and his laughter was truly legendary. In his later years he was a caregiver to Barbara and unceasingly took care of her with great love.

Norman was predeceased by his wife Barbara and his sisters Burdetta Mathias, Genora Dolinger, and Vilela Ferland, and his brother Giles Spaid. He is survived by his sons John (Katherine) Spaid of Oklahoma City, OK and Raymond Spaid of Prince Frederick, MD. He is also survived by his grandchildren John (Robin) Spaid of Oklahoma City, OK and Matthew (Lori) Spaid of Orange, TX, and six great grandchildren: Samantha, Adalynn, Lucas, Emmerick, Gabriel and Broderick Spaid. He also leaves behind his sister-in-law Susan (Douglas) Hance of Prince Frederick, MD. He was also the beloved uncle to Lisa Hance Hyatt (Sean), Brent (Nicole) Hance, Paul Testerman, Ava and Andrew Hance. He leaves behind family and many friends. His kind spirit will live forever in our hearts.

The family will receive relatives and friends on September 29 from 10 -11 AM at the RAUSCH Funeral Home, located at 4405 Broomes Island Rd., Port Republic, MD 20676. A memorial service will follow at 11:00 AM. Contributions may be made in memory of Norman to the Prince Frederick Rescue Squad, 755 Solomons Island Road S., P.O. Box 346, Prince Frederick, MD 20678