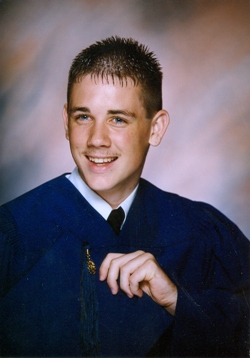 Nicholas Patrick Wayne “Nick” Merritt, 24, a resident of North Beach, MD passed away April 4, 2012 at the University of Maryland Medical Center in Baltimore, MD. Nick was born December 26, 1987 in Washington, D.C., and raised in North Beach. He attended Beach and Windy Hill Elementary Schools and graduated from Northern High School in 2005. He was active in sports with the Beach Buccaneers and played football and basketball at Northern. He attended barber school in Bladensburg, MD and was a licensed barber with Town and Country Barber Shop in Bowie, MD. He was an avid fan of the Dallas Cowboys, and enjoyed spending time with his family, especially his sister Nicole and his grandfather Lewis.