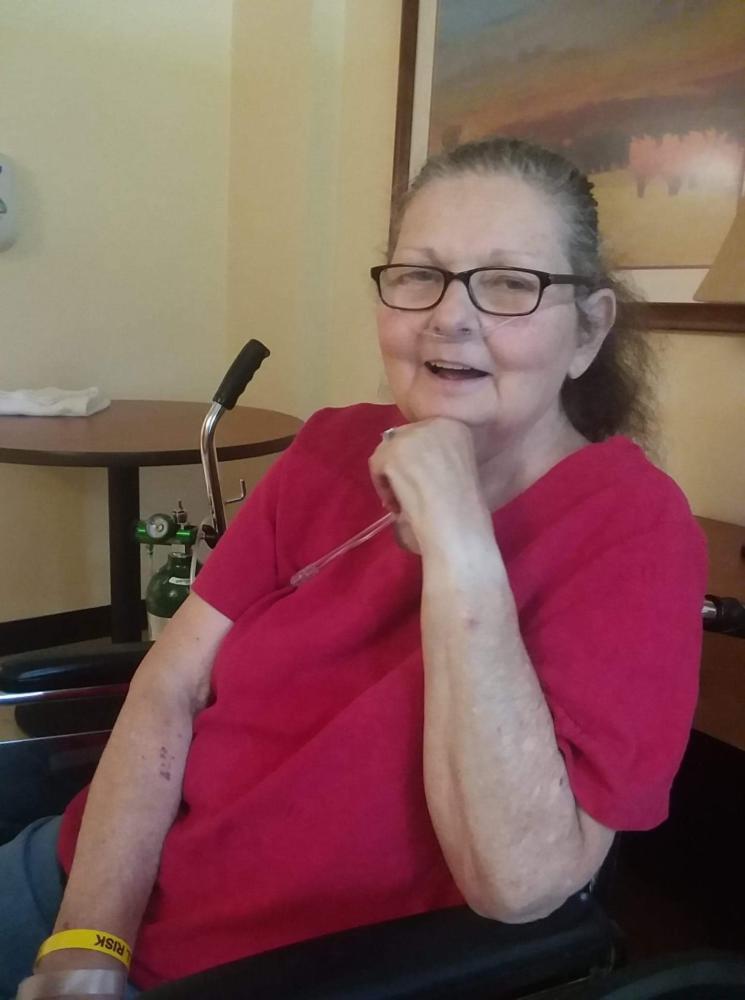 Myra Eva Caspar, 71, of Prince Frederick passed away May 6, 2020. She was born September 4, 1948 in Washington, D.C. Myra grew up in Morningside, and later moved to North Beach, Maryland. She married the late John David Caspar, Sr. on January 16, 1965 at Mt. Harmony United Methodist Church in Owings. Myra enjoyed crocheting and quilting in her free time, and was a loving mother and grandmother; she cherished the time she spent with her family.

Myra was preceded in death by her parents, her husband of 54 years, John, granddaughter Vivian Marie Wood, and sisters-in-law Jeannie Smith, and Gerry “Cookie” Alan. She is survived by her children John D. Caspar, Jr. (Gitget) of Hubert, NC, Brian Kelly Caspar (Kimmy) of Dunkirk, Brenda Lee Burke (John B.) of Prince Frederick and Lynda Lee Wood (Edward A.) of Newport Ritchie, FL. Also surviving are seven grandchildren and eight great-grandchildren, as well as her siblings Betty Hyers (Robert) of Harwood, Sarah Ogle (Melvin), Carson Smith, both of Fort Worth, TX, Doris Duvall (Michael) of Lusby, and Henry Smith (Eileen) of Waldorf.

Brenda and family, my family sends you all the deepest condolences. She was a fine lady loved by many! May she rest in peace. ❤

My most sincere condolences to the family. Eva and family were my neighbors in the 80’s although we had known each other for years. She was a kind person with a great sense of humor. We had lots of fun family times together that I will forever cherish. Her and Dave are reunited and are no longer in pain or ill. See you Heaven I know you are there.💕💕💕

The Casper family- sending prayers for comfort at this time. What a beautiful family..mom and dad are back together again ❤️ Eva with her kind soul will be missed, but no more pain and suffering. We are here for you!
Love to all- Scott and Bernadette