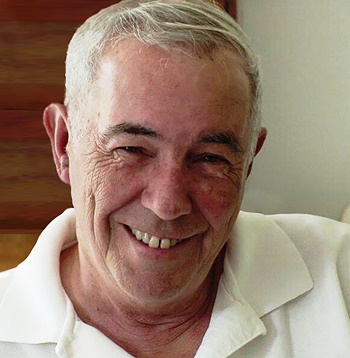 Murray Michael White, 77, of Owings, MD passed away April 2, 2016 at Anne Arundel Medical Center. He was born October 2, 1938 in Baltimore, MD to William Murray and Thelma Delores (Houston) White.
Mike was a lovable curmudgeon with soft spots for family, trains, burgers and his kitty-cats. A sailor and a pilot, he brought a craftsman’s skill and a designer’s architectural eye to his many creative projects, ranging from small (his ambitious HO train layout) to large— the dream house he and wife Sue built in the Southern Maryland countryside.
He was proud of his service in the US Army and the Maryland State Police. His love of uniforms continued with participation in the Coast Guard Auxiliary and Boy Scout Leadership. Mike loved to share his knowledge; he was a true Renaissance man. He adored his grandchildren and they loved him fiercely in return. His wife and children were at his side and he never lost his sense of humor. He was himself to the end.
Surviving are his wife Susan White; children Susan T. White and her husband Howard Weinstein of Elkridge, MD, Victoria L. Holzrichter and her husband Daniel of Sioux City, IA and Michael S, White and his wife Amy of Lexington Park, MD; five grandchildren and a sister Anne H. Wheatley of Timonium, MD