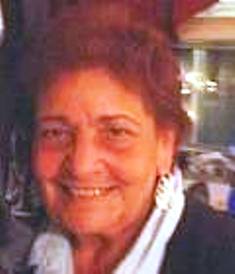 Monica Jean DeLawder, age 78, of Lothian, MD passed away April 29, 2014 at Anne Arundel Medical Center, Annapolis. She was born December 19, 1935 in Trinidad and Tobago to Alfred and Aida (Mosca) DeFrites. She received her education in Trinidad and graduated from St. Joseph’s Convent School. Monica came to the United States in 1958 and settled in Maryland. She was employed at the Sunshine Biscuit Company and later at the Equifax Credit Bureau retiring in 2000. Monica moved to Lothian in 2002. She most recently was employed at the Deli of Roland’s in Chesapeake Beach.
Monica attended St. Anthony’s Church in North Beach. God and family were very important in her life. She was very social; enjoying the company of others and always willing to listen and lend a helping hand. She enjoyed music and dancing. She was preceded in death by her parents, a son Christopher Lee DeLawder and brother Alfred DeFrites. Surviving are a son Alan R. DeLawder and his wife Regis of Owings, MD and daughter Mary D. DeLawder, of Ocean City, MD; grandchildren Gary DeLawder and his wife Melissa, Michael DeLawder, and Anthony DeLawder and his partner Amanda. Also surviving are great-grandchildren Logan, Meli and Caleb and a sister Margaret Stone and her husband Bernard of Ajax, Ontario, Canada.
.