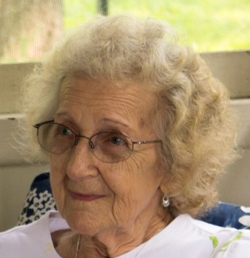 Minibel Harrison Bast, 85, of Galesville passed away June 6, 2015 at Anne Arundel Medical Center in Annapolis. She was born January 20, 1930 in Talbot County to Leslee D. and Jenny Ruth (Butler) Harrison. Minibel was raised in Galesville and graduated from Southern High School. She married Raymond Bast in 1948, and they made their home in Galesville. Minibel was employed as a secretary for Anne Arundel County Public Schools for 29 years. She was a member of Galesville U.M. Church. She was an excellent seamstress, and also enjoyed doing crafts and crossword puzzles. Most of all, Minibel loved spending time with her family and friends.

She is survived by her husband, Raymond, sons Robert E. Bast and wife Gerry of Shady Side and R. Michael Bast and wife Donna of Nanjemoy, and daughters Bonnie Greenwell and husband Maurice of Deale, Gini Simmons and husband Bobby of Churchton and Leslie Rae Lewis and husband Kirk of Deale. Also surviving are nine grandchildren, four great-grandchildren, two sisters and her best friend Mona Evy.