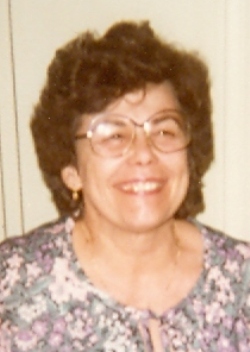 Mildred Jean Loveless, 83, of Hyattsville, MD passed away May 22, 2013 at Doctors Hospital in Lanham after a long battle with Alzheimer’s. She was born November 19, 1929 in Washington, D.C. to Louis A. and Mary Myrtle (Griffith) Schmidt. Jean was raised in Capital Heights, MD and graduated from Maryland Park High School. She married Morris Ambrose Loveless on June 3, 1950 and they made their home in Hyattsville. She was employed as a secretary for the International Association of Machinists in Washington, D.C., then took time off from her career to raise her children and later retired from I.A.M. In her leisure time, Jean enjoyed crocheting, knitting, making blankets and spending time with her family, especially her grandchildren and great-grandchildren.

She was preceded in death by her parents; a grandson Kenneth White; a sister Dorothy Walters and brothers Louis and Bernard Schmidt. Surviving are her husband of almost 63 years, Morris A. Loveless and children Morris A. Loveless, Jr., and wife Naty of Marrietta, GA, Karen L. White and husband Jimmy of Grasonville, MD, John K. Loveless of Prince Frederick, MD, Cheryl Lulli and husband Juan of Bethesda, MD and Michael H. Loveless of Hyattsville, MD. Also surviving are grandchildren Catherine Canter and husband Damon of Arizona, Kimberly Kauffman and husband Todd of Huntingtown, Joseph Loveless of Georgia, Brandon White of Annapolis, Kevin Loveless of Florida, Nicolas Lulli of NY, Cecelia Lulli of NJ and Daniel and Alexander Lulli of Bethesda; great-grandchildren Gabriela, Draven and Donovan Canter, Baileigh and Billy Kauffman and Nathan White; and brothers Louis Schmidt of La Plata and Robert Schmidt of Virginia.

She was the best

She was the best