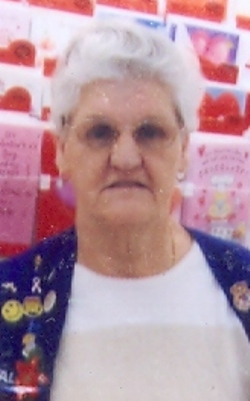 Mildred Elizabeth “Millie” Tippett, 72, of Prince Frederick, MD passed away February 28, 2013 at her residence. She was born June 3, 1940 in Pomonkey, MD to Walbur and Mildred Alice (Allen) Willett. She was raised in Accokeek where she attended public schools and graduated from Gwynn Park High School in 1958. Millie married Everett “Tip” Tippett on August 1, 1969 and they lived in Dunkirk, and later Huntingtown and she has lived in Prince Frederick for the past seven years. Millie was a homemaker, devoted wife, mother and grandmother, and was also employed as a sales associate at Wal-Mart in Prince Frederick since 2000. Millie enjoyed traveling on long vacations as well as short day trips. She also liked shopping and spending time with her family, especially her grandchildren. Millie loved being around people and was very fond of the friends she made while working at Wal-Mart.

Millie was preceded in death by her husband, Everett “Tip” Tippett in 2006 and by siblings Catherine Gates and Margaret, Walter and Charles Willett. She is survived by daughters Millie Y. Redmon and husband James of Mitchellville, and Mary E. Williams and husband Wesley of Huntingtown and by sons John R. Oliver and wife Susan of Tennessee, Bruce E. Oliver of Owings, James E. Tippett and wife Stacey of Prince Frederick and Samuel W.B. Tippett and wife Jennifer of Shady Side. Also surviving are grandchildren Ricky, Matthew, Brandon, Jessica, Dustin, Josh, Alex, LeeAnna, Jessica, Megan, Sam and Hunter; great-grandchildren Camden and Dustin and brothers Louis Willett of Nanjemoy and James Willett of Accokeek.