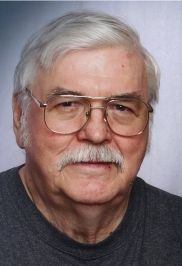 Michael R. Anderson, 75, of Port Republic, Maryland, died Sunday, October 6, 2013, at his home, under the loving care of his family and Calvert Hospice. Mike is survived by his wife, Suzanne (Vary); his daughter, Diana L. Anderson of Denver, CO; stepdaughter Jessica N. Whitehurst of Lexington Park, MD; stepson Matthew A. Whitehurst of Patterson, NY; and granddaughters Jenna K. Heulskamp and Kristin M. Massoletti of Denver, CO and Senobia Y. Brooks of Lexington Park, MD. He is predeceased by his son, Ronald C. Anderson.
Mike was born on September 18, 1938 in Salt Lake City, UT, the only child of Ernest W. Anderson and Lois (Jensen) Anderson. He lived in Brigham City during the war years with his grandparents; he attended South High School in Salt Lake. Mike served 21 years in the United States Navy, on active duty from 1955 to 1959, and 1961 to 1976, with 2 years Naval Reserve from 1959 to 1961. He trained as a Class A Radioman in Imperial Beach, CA and was selected to attend Communication Technicians School. He later qualified for Intercept Radio Printer School. Mike served honorably in Guam; Okinawa; Japan; Adak, AK; Groton, CT; and with the U.S. Naval Security Group in Washington D.C. from which he rode submarines. Upon discharge, he held the rank of E-7 (CTTC). He received the National Defense Service Medal, Good Conduct Award, Navy Unit Commendation Medal, Navy Expert Pistol Shot Medal, Expert Award Rifle (M-14), and Navy Expeditionary Medal.
In addition to his military service, Mike worked for Norton AFB as a radio printer transcriber; as an advertising salesman for the Colton Courier in CA; editor of the Parker Pioneer in AZ; reporter for the Bonner County Daily Bee in Sandpoint, ID; editor of the Priest River Times in ID; as a printing instructor at Utah Technical College (UTC); and electronics technician for the Federal Communications Commission (FCC) in Anchorage, AK. He earned an associate’s degree from Salt Lake Technical College, bachelor’s degree from Utah State University, master’s degree from the University of Alaska, and doctoral degree from Oregon State University. In 1996, he accepted a position as director of training for the FCC Enforcement Bureau Field Office in Columbia, MD; he retired from federal service in 2000.
Mike loved the outdoors and was an avid hunter and fisherman. Following his Navy retirement, he built his own cabin in Idaho. He enjoyed archeology, history, Civil War reenactment, and preserving the history of mountain men and the use of black powder guns. Mike was also interested in letterpress printing and the process of making metal printer’s type and aggressively pursued this passion. He obtained typecasting equipment, learned to use it effectively, and then took on the many processes involved in designing, engraving and casting several of his own type designs. He also made handmade paper, keeping the tradition of the free press alive. He was a member of the Chesapeake Chapter of the American Printing History Association, the Amalgamated Printers Association, and the American Typecasting Fellowship. Within that realm, he served as a professor at Monotype University, conducted every two years, designed with the goal of training newcomers to the ancient and honored craft of type making.
A graveside ceremony will be held on Monday, November 11, 2013, 11 AM, at Chesapeake Highlands Memorial Gardens, 3270 Broomes Island Road, Port Republic, MD 20676, followed by a luncheon and celebration of life ceremony for friends and family. In lieu of flowers, contributions may be made to the Wounded Warrior Project, PO Box 758517, Topeka, KS 66675 or the National Cancer Institute, 9000 Rockville Pike, Bethesda, MD 20892.